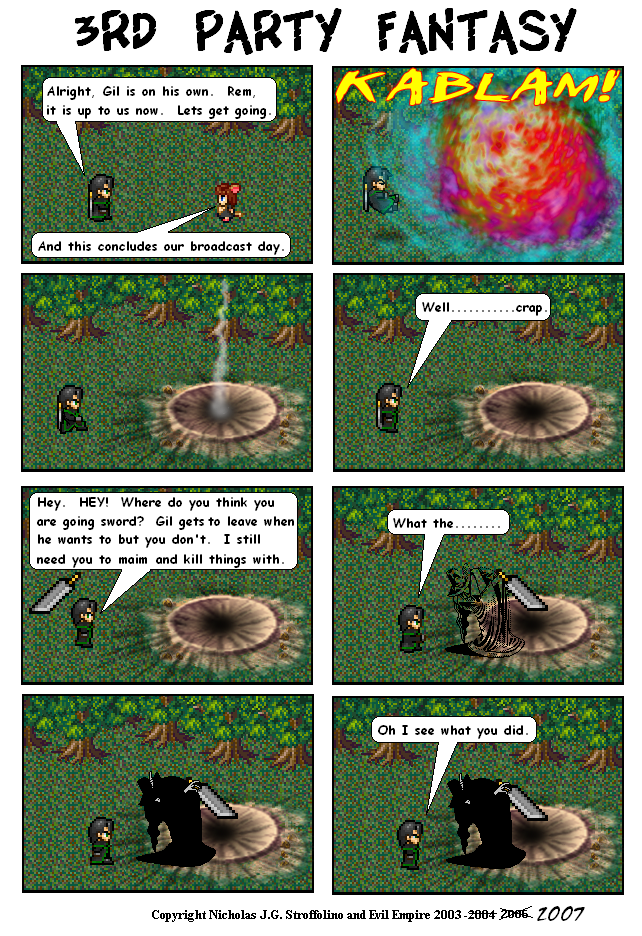 Retraction: If you stopped by here earlier I'm sure you would have noticed an angery rant on how DD was sticking it to older comics. Well I have to fess up I got this one wrong.

Apparently it was an error and when I got up for work and to update my comics this morning I misread the post on the subject. I've been assured this is just a bug so I guess I flew off the handle a bit over nothing.

Well I'm big enough to eat my crow here and offer an appalogy for over reacting. So sorry I doubted you DD. I got this one wrong.

they killed rem! you bastards!

Hope you can gather up enough free time to update again, but until then..

Love the new comic. Does this mean poor Rem is...