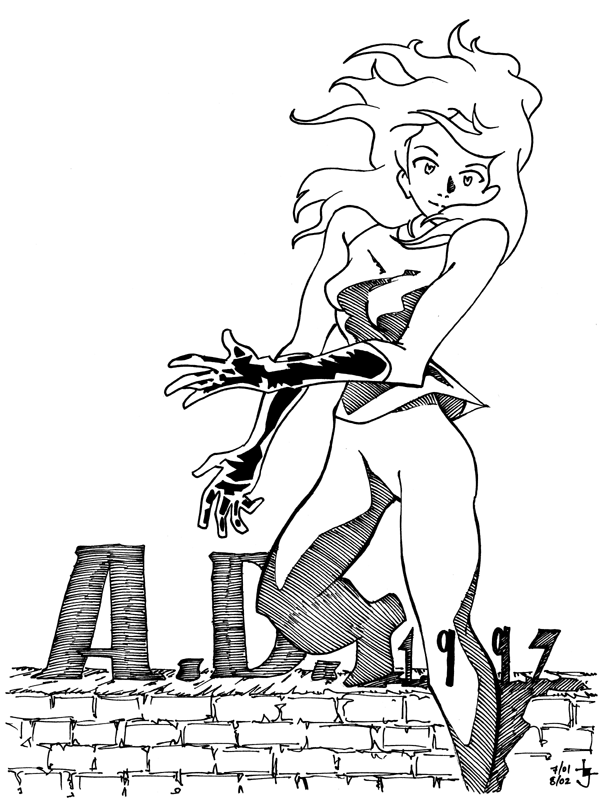 The following pages will mostly feature rough advance designs done for A.D 1997 around the year 2000 or 2001.

This is Naomi as I envisioned her in July 2001, and she obviously hasn't changed much. One thing that seemed important to me at the start was to show her shoulders… partly because the main influence for her design - for her whole character, her raison d'etre - was a person I used to know, and the moment I realized I'd want to base a character on her, she wore an outfit showing her bare shoulders.
I don't think I ever had Naomi wear an outfit like this in the comic though. There are certain plans for future story developments for which such an outfit would be fitting, but it will take a while till I get there.

nice...the right leg, her right, is a little wonky with the perspective...but this is a sketchbook! you do a great job with the consistence in your work!