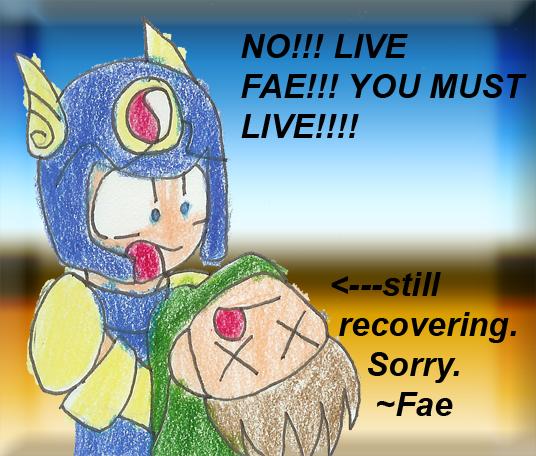 Yeah I wish this were an april fools joke. I honestly wish it were, at this moment though I may not be able to update on Tuesdays as I had hoped. I'm still tired more or less from last week which was a bad week entirely. I just need to get my head back into the game.

School has to come first so if anything when I update this, I'll try when I can it's mostly going to vary from time to time. No I will not be updating once a month, I can only say that'll be updating as much as I can given the time I have. I don't know how often but I will promise it'll be more than just once a month. That I know for sure.

So again my apologies for those that read this. It's NOT a hiatus it's just going to be various updating from time to time.