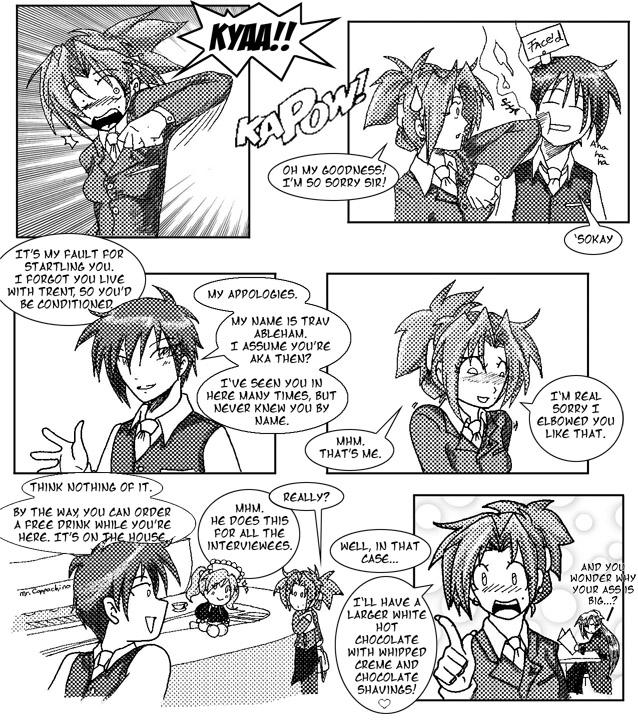 I was actually happy with this page. Probably because the dialogue covered a lot of what I hated. xD

And yes, I do order that same drink from that cafe all the time. It's yummy. x3

Before I get asked, Trav knows Trent from a few run-ins with each other. Or the other possibility is that all perverts know each other through some underground network. xB

I don't really have much else to say…maybe Neila has something she'll want to add. xP

LOL! this is awesome work!