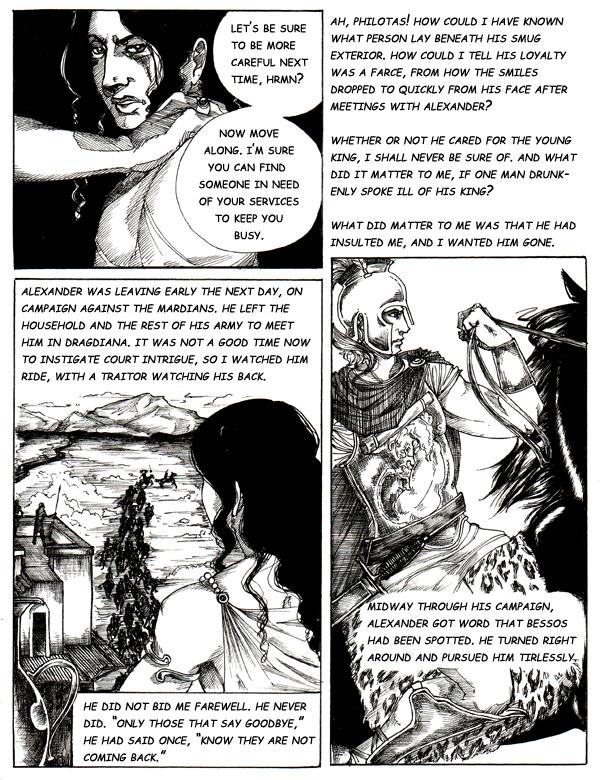 *Bessos - Relative to Darius, one of the generals that was thought to have slaughtered him. I mention later who he is, but thought I might now for those who are curious. Since he vowed to avenge Darius (for his own reasons, political and personal), he of course would drop his silly little campaign to kill the bandit calling himself the Great King, to win the favor of the Perisan People even further.

SOrry about the late update again. I'm lovesick AND physically sick. It's a bad combination.

O`O I love this comic so much

I have an interest in Persian history -particularly the nexus between Greek and Persian culture- so I'm glad to find your web comic.

I love your drawings! Hope to see more of this comic soon! ^.^

I'm hypnotized by your art!

oooh the fur on the last panel was a nice touch

I wish you a speedy recovery!! (from the love affaire too, I was lovesick often enough, so I know, what is is...)