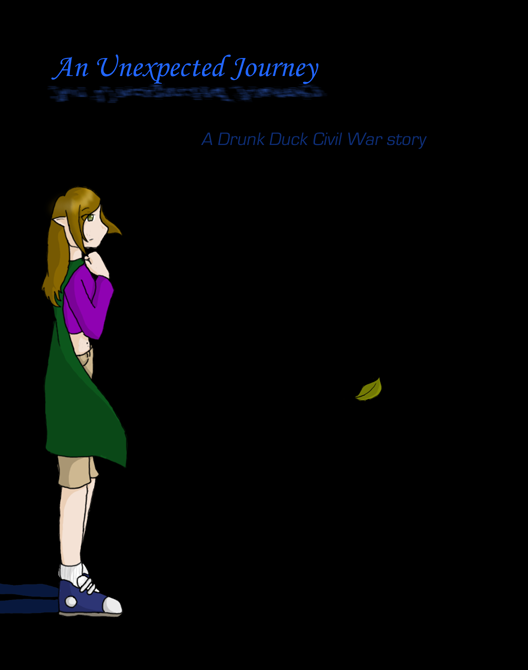 Elf and Blade are two girls living in a world of stick-figures. They are actually the personification of my best friend and I(I'm Blade). They control their own little world and occasionally get zapped into other, pocket stick-figure dimensions. During one such trip, Blade gained the ability to make lightning strike things. (Churches, bad guys, Herself.)

Personality wise, Elf and Blade can both be ditzy at times and cynical at others. They usually alternate being the sensible one.

However, if they work together they can change the prodominate art level of their world; either putting it into the dimension of normal art (anime) or into stick figure again. They can only enter worlds with the same level of art.

So, yeah, Blade looking all serious here; what possible cause could make Blade so sad? You guessed it, The Drunk Duck Civil war of Course!