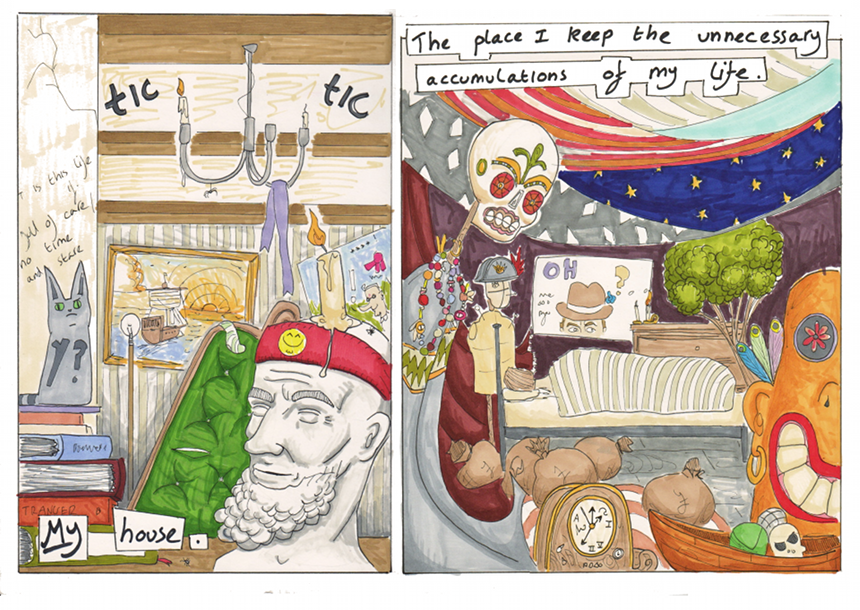 Strangely, London doesn't appear to contain a single pack of grey promarkers, and as I won't pay twice as much to buy five greys individually, I thought I wouldn't be able to update for aaages, until I got my hands on some. Then I thought I'd stop faffing around, and try using colour instead. I approached it with my usual childish enthusiasm. I'm not sure if it's an experiment that paid off, or a horrible mistake, but here's my first marker coloured pages in a looong time.