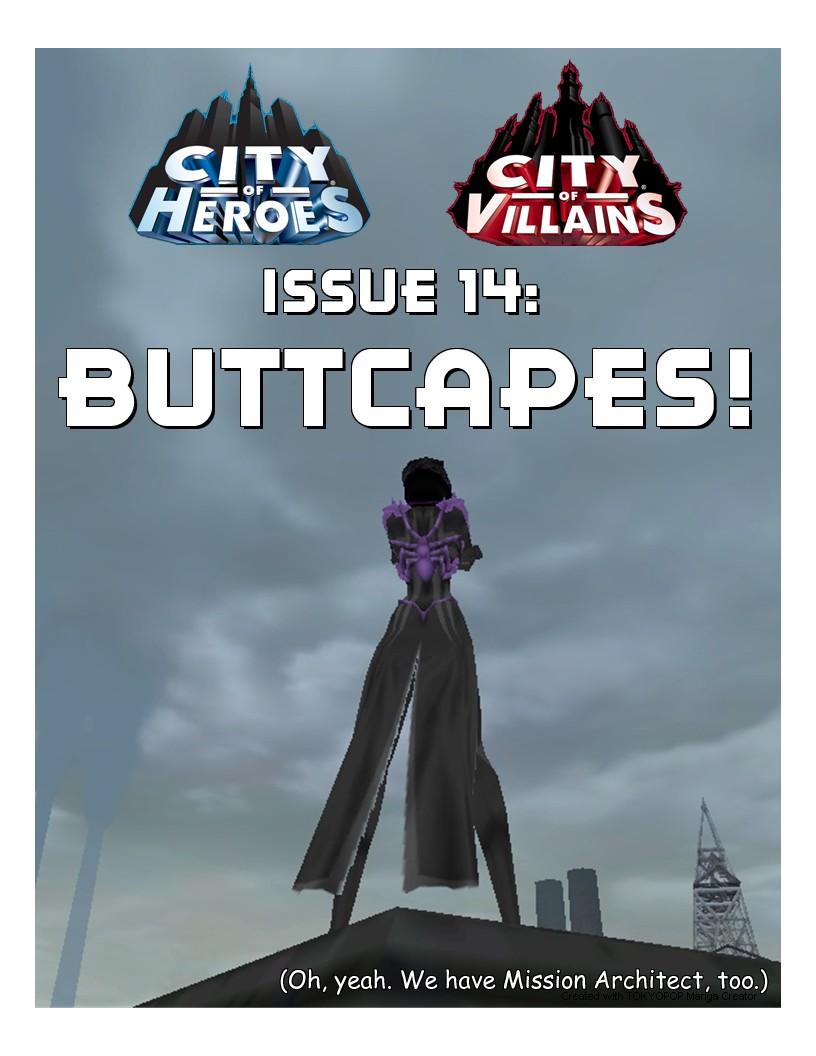 Issue 14 of City of Heroes

Screw Architect, screw PvP changes, our Night Widows finally have their BUTTCAPES! Well… just the girls, anyway. But it's nice to know that my widow's butt is no longer cold.

In all seriousness, the Architect is pretty awesome. I've played some really great story arcs made by other people and it's going to be a fantastic tool for comic books. I've just been floored by non-comic related projects and a sudden increase of hours at work… oh yeah, and there's the Star Wars re-obsession after the TV show ended.

I'm still working on the comic. It's been slow going, but it's still coming along. I'm also doing a collab comic project with my boyfriend, and that may replace the Diviner Maros story arc… depends on which gets done first.