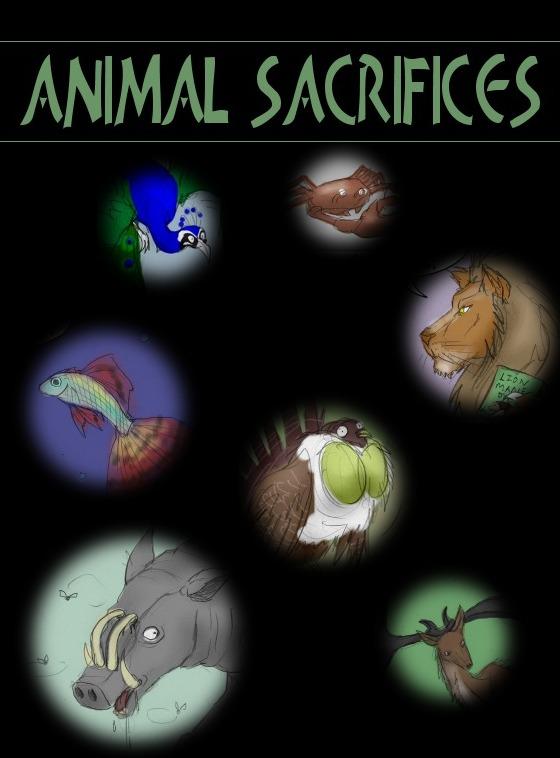 (This is an educational comic! Behold my innovative presentation.)

Not all animals have it easy in the mating game. Some animals have to evolve to compete against higher and higher standards to impress a mate.

This project is on “sexual burdens.” What that means is, an animal may have evolved in a way that impresses the opposite gender and gains a higher chance of mating, but the adaptation is a double-edged sword. Adversely, it causes that animalÃ¢â‚¬â„¢s gender to have a lower chance of survival. In most known cases, it is the male that evolves in a way that attracts females, but either lowers his survival rate or impairs his health in some way. He might be more colorful than females, but unfortunately, he's also a more attractive snack to hungry predators. Or, the feature he evolves might make it harder for him to eat or move around. In several of these situations, the less attractive gender has a higher population than the flashy one, since itÃ¢â‚¬â„¢s more likely to survive.

But why would an animal evolve in a way that makes it harder to survive? When the stakes are raised and females become choosy about who they mate with, males that succeed pass down the genes that got them their favor. When females consistently prefer colorful males, the absolute most colorful ones breed the most, until it is common to see very colorful males.

She might choose a more colorful male because color could relate to health, and females evolve to pick healthy males that are likely to produce healthy offspring. If females consistently picked unhealthy males, the population would not be as genetically successful. A male who is weak or sick is unlikely to have the bright colors that stronger males have. When birds or fish are sick, they tend to lose the brightness of their color. Being picky about the appearance of the male often pays off for the female, by providing her with healthier and stronger offspring.

A very clever idea for a comic. I'd love to see how far this can get!