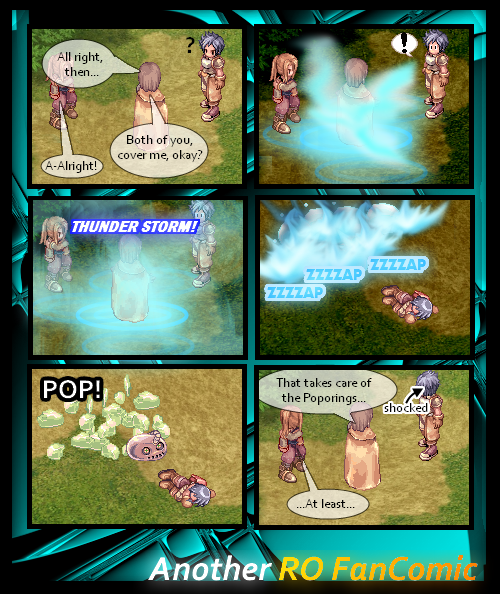 I'll clear some things out about things that are in this comic.

Thunder Storm is a Wind-attributed AOE (Area Of Effect, basically it hits monsters in a certain radius of area) spell that can be learned by Mages in Ragnarok Online. Mages can turn into Wizards or Sages when they hit a certain level.

(Prologue 3)
Cards are things that you can put on equipments that has card slots to give them special effects.

…That was a mouthful.

Anyway, the Prologue will be coming to an end sooner or later.