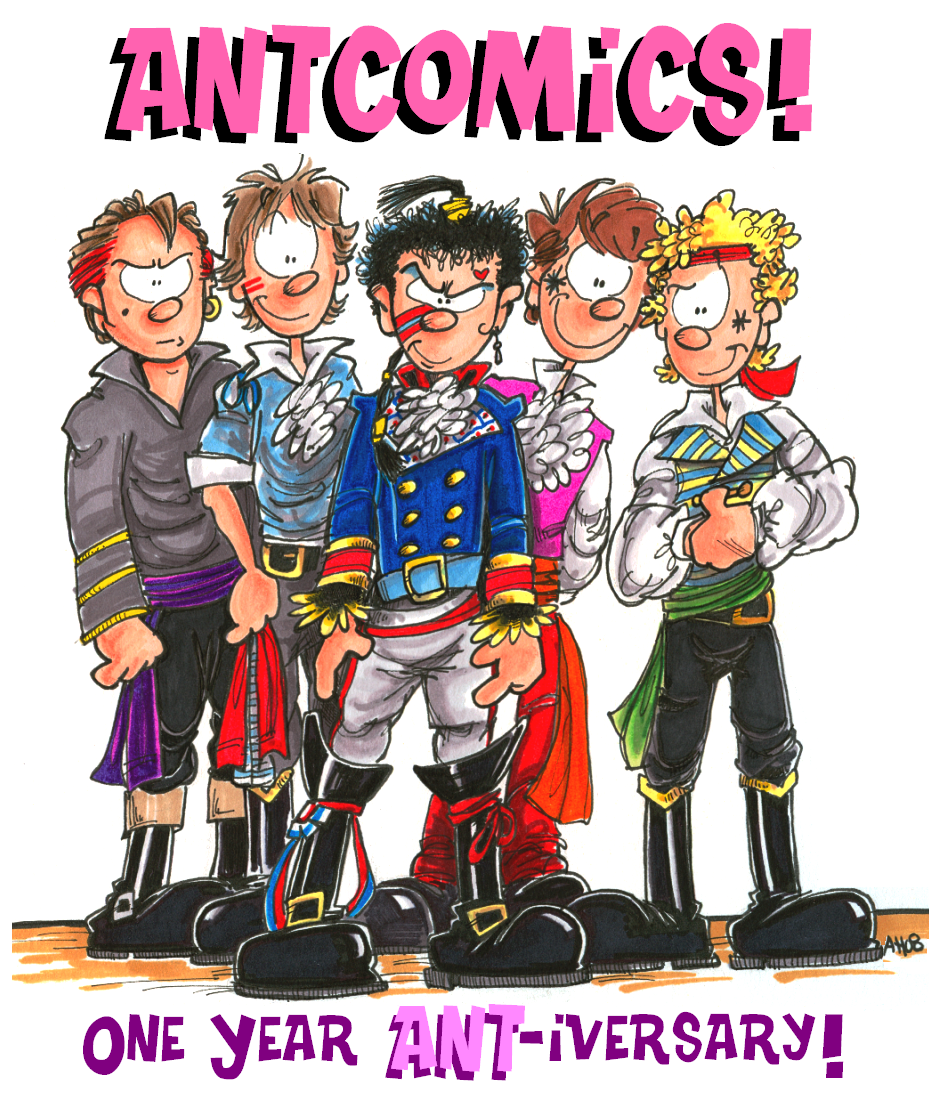 Hey guys!
This is sort of an “Extra” for the week…
I just realized yesterday that I have been drawing the Antcomics for one year now. Woohooo!

I didn't start posting them here at The Duck till May of last year, but officially I began drawing them in February (actually the first comic was completed on Feb. 17th, but I had been sketching around on the Ants awhile before that).

So I decided to make a special One Year ANTiversary drawing, based on an actual photo of the Ants from about 1981. And here it is!

So much cool stuff happened in that one year, guys, and I just wanta thank all of you for reading and I'm glad you enjoyed Antcomics…you guys are the bomb-diggetay!

The Bowling story shall commence next week! Stay tuned for more cameos!

Now take a moment please, and do the Ants Dance…build a fire if you like to make it more tribal. Heck, paint a white stripe across your face too while yer at it!

I tried to leave a comment on this page 3 days ago, but i got dumped off the duck. Happens every morning at 7 AM if I'm logged on! I remember this picture and you captured it perfectly!

Happy ANT-iversary! *builds a fire and starts a tribal dance* May your hand hold out for many more years to come, and may the well of Comedic Inspiration never run dry! (if you draw/write them, we will read.) This was a really awesome picture...^_^

On year in the making... Hoody Hoo! :D Congrats with 12 months of a well done job!

I reach 100 eventually Congrats for a year Amy. Also I searched my computer and foundI had an Adam and The Ants song 'Goodie Two Shoes' Sounds pretty cool

happy antiversary, may you have many more and may your drawing hand be replaced with a cybornotic one when it gives out

Why do you update so late? If I hadn't checked in this late I would have missed it. And it's a great update as well.