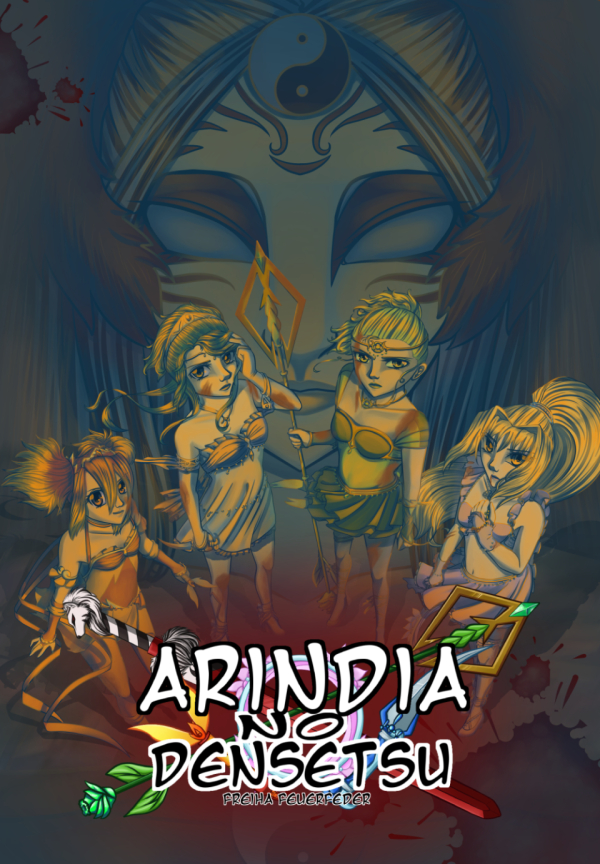 Long ago, the magical world Arindia was ruled by four girls with magical powers called Princesses. Long after their death, girls with similar powers were born on earth. People from Arindia call them Ladies. Ladies are the only humans with the permission to enter Arindia, the world of magic their powers originated from.
Flora, Vivi, Nicola, and Pia are Ladies, but they are different from the others. Because they are to inherit the powers of the Princesses, they were the target of Sy'Dals, creatures from Arindia, who seeked to collect the Ladies magical powers.
After the invasion on earth was repelled, another thread ascended from within Arindia itself. The balance of the magical world is heavily damaged, leading to it's destruction sooner or later, furthermore, interlopers seek to attain the powers stored within the Heart of Arindia, the source of all magical power.
The Heirs of the Princesses have to return to the magical world once again to save the Heart and the world from destruction.
But little do they know, about the events happening in Arindia and soon they all will have to make a decision which either leads to Arindia's or their own destruction…

This manga is actually what I call the “second season”. It starts - after the invasion of the Sy'Dals was repelled - with the event of the heirs arriving in Arindia to be let in on Arindia's coming destruction.

Warning for people being sensitive with character death.

I'm not sure about the rating, as I don't know how violent it will become, but I will update the rating in case of more violence.

I noticed that everything from Chapter 06 and below was taken off and it seems some of the older pages are now returning. I'm curious to know what happened?

Hi, That's actually a good question. It seems like all pages were set to start uploading last Sunday with a page per day...though, once it reached Dec. 12th 2020, it continued with Jan. 1st 2020 instead of 2021 (which is why everything chapter 6+ was still available..). I'm so confused right now. All the pages should be back up again. Thanks for letting me know! *hug* I'll keep an eye on it. If it happens again I'll issue a bug report. :)

Damn this is going to be an epic story. I really like the art style and from the dynamic description the overall plot. You really have a vivid imagination. Keep up the great work. :)

Thank you very much! I'm glad you like it! I hope you'll enjoy the story. *hug*

I have to admit I love the perspective. Wonderful artwork and background especially.

Thank you very much (I'm so sorry for not seeing your comment for so long ^^; )

Hi, the font is called "Manga Temple". It is a free font and comes in a package with a view other useful manga fonts. I can't remember where I downloaded it from but I'm sure you'll find something via google :)

I totally like your design. Can't wait to read it soon.

Really? Thanks *___* I'll be uploading a new page every day (I've got a whole bunch of pages ready). I hope you enjoy the story :D