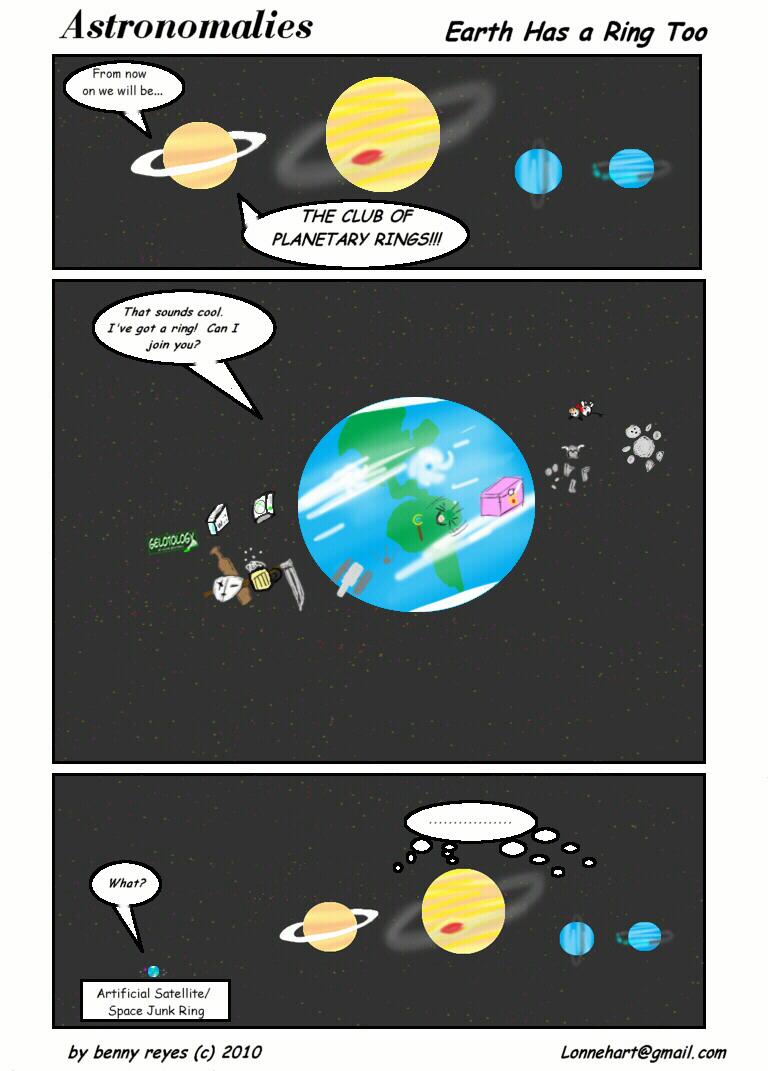 Earth Has a Ring Too

Earth also has a ring. The ring is 50 years old and it's pretty dangerous up there thanks to it. However, it DID posess a natural ring long ago. This ring formed after a planet the size of Mars (named Thea) crashed into the Earth right after it finished forming. Where is this ring, you ask? It came together and formed the Moon (and thank goodness it did or we wouldn't be here now).

There's a lot more space junk than is depicted here. 50,000 pieces, I think. Everything from satellite parts to tiny paint chips. Good thing I didn't draw all that junk… it'd have taken me too long to finish this comic… But I'm sure someone's gonna feel overworked anyway… >:-D

I like how they ascend through all the junk in Wall-E. It's amazing that any sunlight reaches earth.

One ring to... annoy them all? @Darius Drake: Some people just like to play with the fire... all you have to do is bid your time and build a larger flame thrower ;)

You know, sometimes I think that people should upset Hogan less. Then I remember that it sometimes seems like he finds it fun too!

I think Hogan's gonna put you in orbit for this one. ;-)