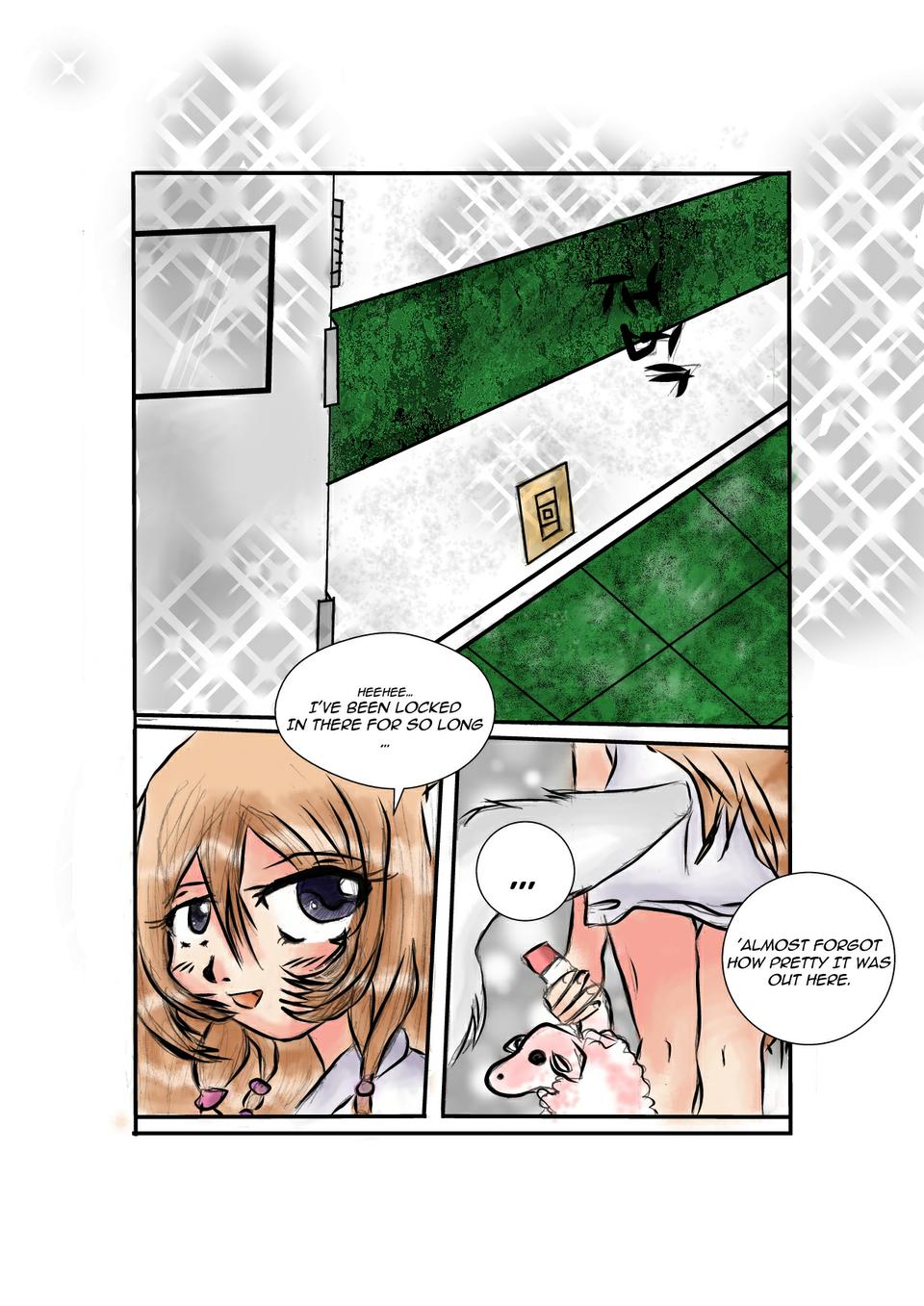 I was in a rush to make this, got only a few hours to finish it when I needed a whole day. Not as good as I wanted.

I wanted to portray a sense of wonder with the addition of color. Like, right after they stepped into the hall, the world came alive again or something, hence the new color. But it did not come across as well as I'd hoped.

Instead of ‘wow! it’s in color now, this reminds me of the color transition in The Wizard of OZ!'…I got something more along the lines of ‘wow! look how shiny them there marble tiles are.’

>.< At least in my eyes that's what happened. But overall I guess I did an okay job. Maybe even a good job.

Oh yeah, if you liked the black and white and weird font thing better, don't worry. It is going to come back in certain flashbacks and whatnot. But for the majority of the comic, I wanted color and a more manga-y lookin' font.

Cute kid. I wonder why she has been locked up.

This is very well done. Cant wait to see more =)

yeah, not quite as obvious that the color's intent is "wonderment" but i think it works. good work :)

excellent story so far :3. You have a very unique and distinct style which is awesome :D!

Hot damn, I am loving this! Very nice atmosphere going on here.

Wizard indeed. I don't see the comic getting too bloody yet though. Suppose intros don't have to be drenched in it.

This is interesting indeed. I like your attempt with color, and the whole idea. Maybe you should try a panel with a sweeping view of the environment to show more of her wonder- and also help us know where we are. :)