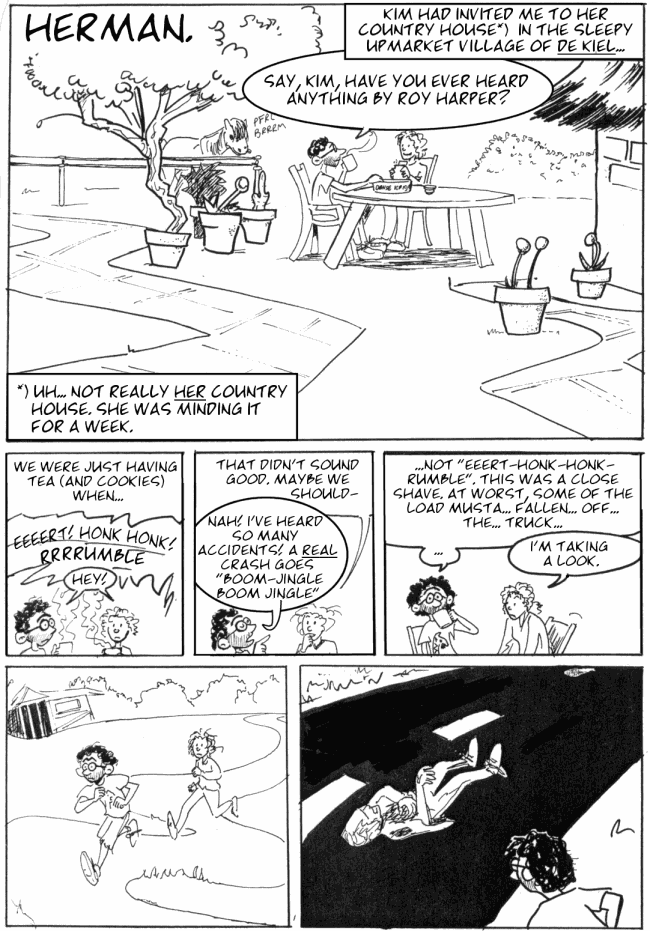 This story was written and drawn in 1996 just weeks after the events depicted occurred, and was my first foray into autobiographical, reportage-style cartooning. The style was fairly crude because at the time I was more concerned with getting it on paper quickly in order to prevent losing the original “feel” of the events. I didn't want to polish up the story too much and risk creating a faked-up account of the events. That philosophy was probably correct; however, it didn't stop me from drawing in some absurd backgrounds. Polly and Her Pals was a fresh influence on my art, and it shows in some of the buildings, in as much as they are recognisable as buildings at all!

I had fun drawing this story and it was a good way of getting the incident out of my head. In retrospect, I would have gone with more realistic backgrounds, and slaved over the perspectives a lot of more. I captured the people involved pretty well though, if I may say so myself.