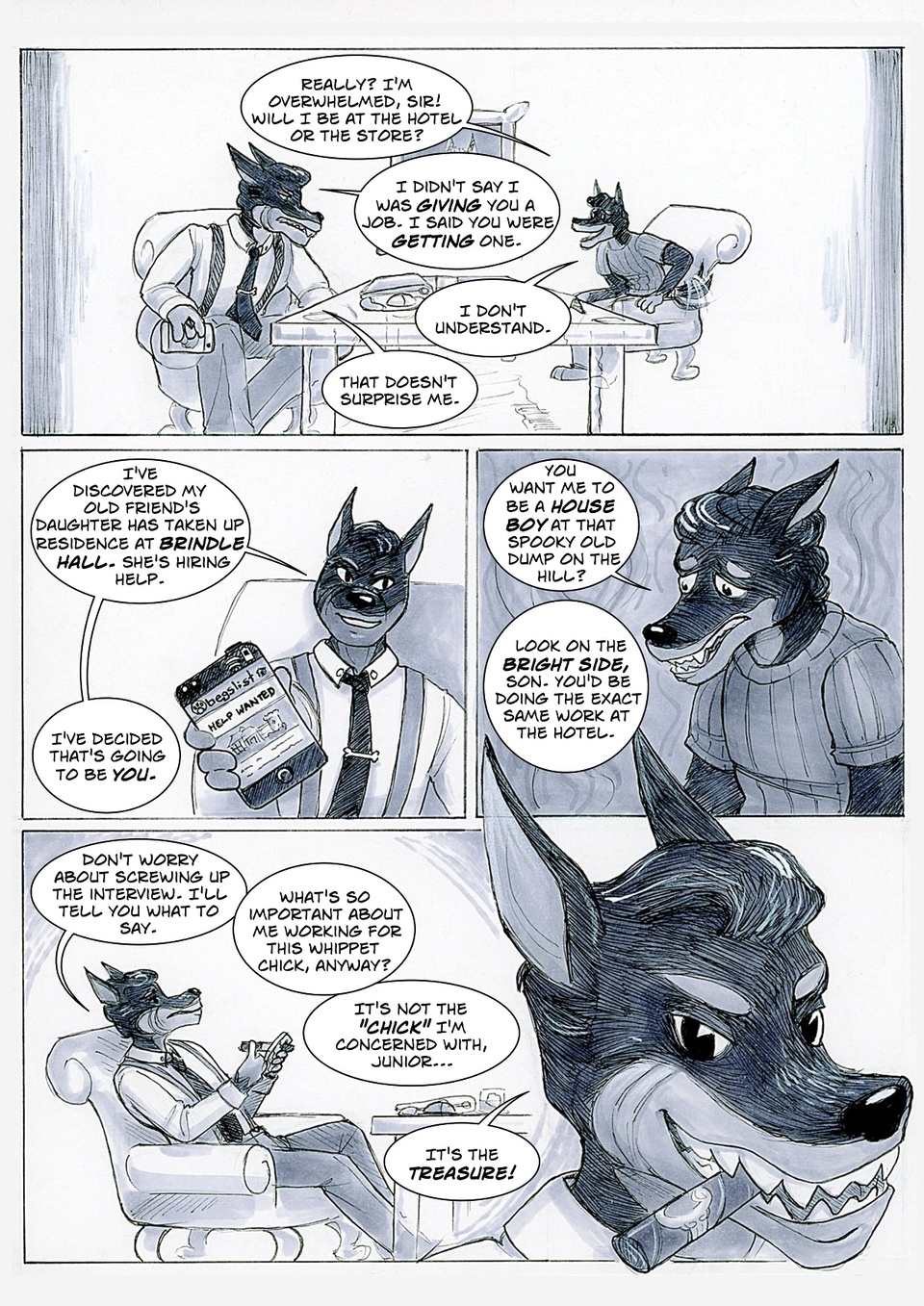 I'm especially happy with how Golden F. made Dobermann pop in the last panel of this page. Big, dramatic, and grabbed my attention by oozing with villainous style and confidence. Visually we drew on some of the worst traits of Gordon Gekko (played by Michael Douglas in the Wall Street films), Benjamin Horne (played by Richard Beymer in Twin Peaks), and Flintheart Glomgold from DuckTales. What villain do you think has the best style? Which one positively drips with class and presence?
—Scott D.

of course he'd be after the treasure, why am I not surprised? as for villain style, that depends on which version of Glomgold you're going for. Personally I'd go for the 2017 because that version is hilarious every second he's on screen but that's me

Well, I meant the question more in a general sense about villains. But the 2017 Glomgold -is- very funny.