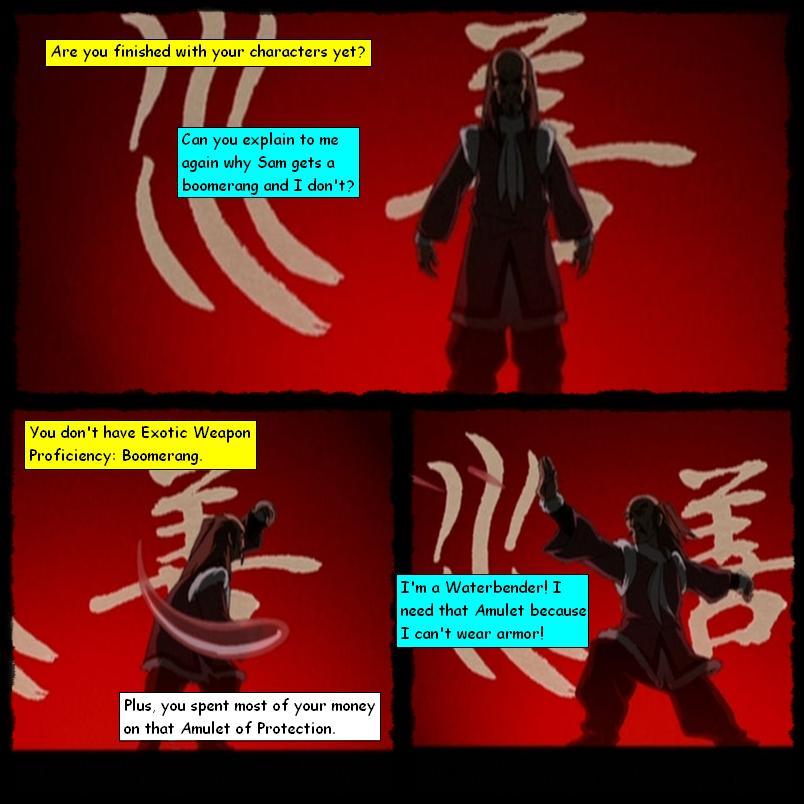 Welcome to Benders and Brawlers! If you've read DM of the Rings or Darths and Droids, then you probably know what to expect here. If you haven't, let me explain; this comic parodies “Avatar: the Last Airbender” by presenting it as a roleplaying campaign.

On this comic: It's inevitable that when you tell your players what class they can't play that someone will want to play that class. Even if you have very good story reasons for doing so.

Redux notes: I decided to go with three panels for this one because the fourth panel, which deals with Earthbending, always felt out of place. I had to shorten some of the dialogue to fit it into the new, smaller panels, but I think it works.

Disclaimer: “Avatar: the Last Airbender” and all associated characters, storylines, and materials belong to Nickelodeon and were created by Bryan Konietzko and Michael Dante DiMartino.

Cool, I have read Darths and Droids so hopefully this will be just as funny.

He is a earthbender who is on vacation in the north pole.