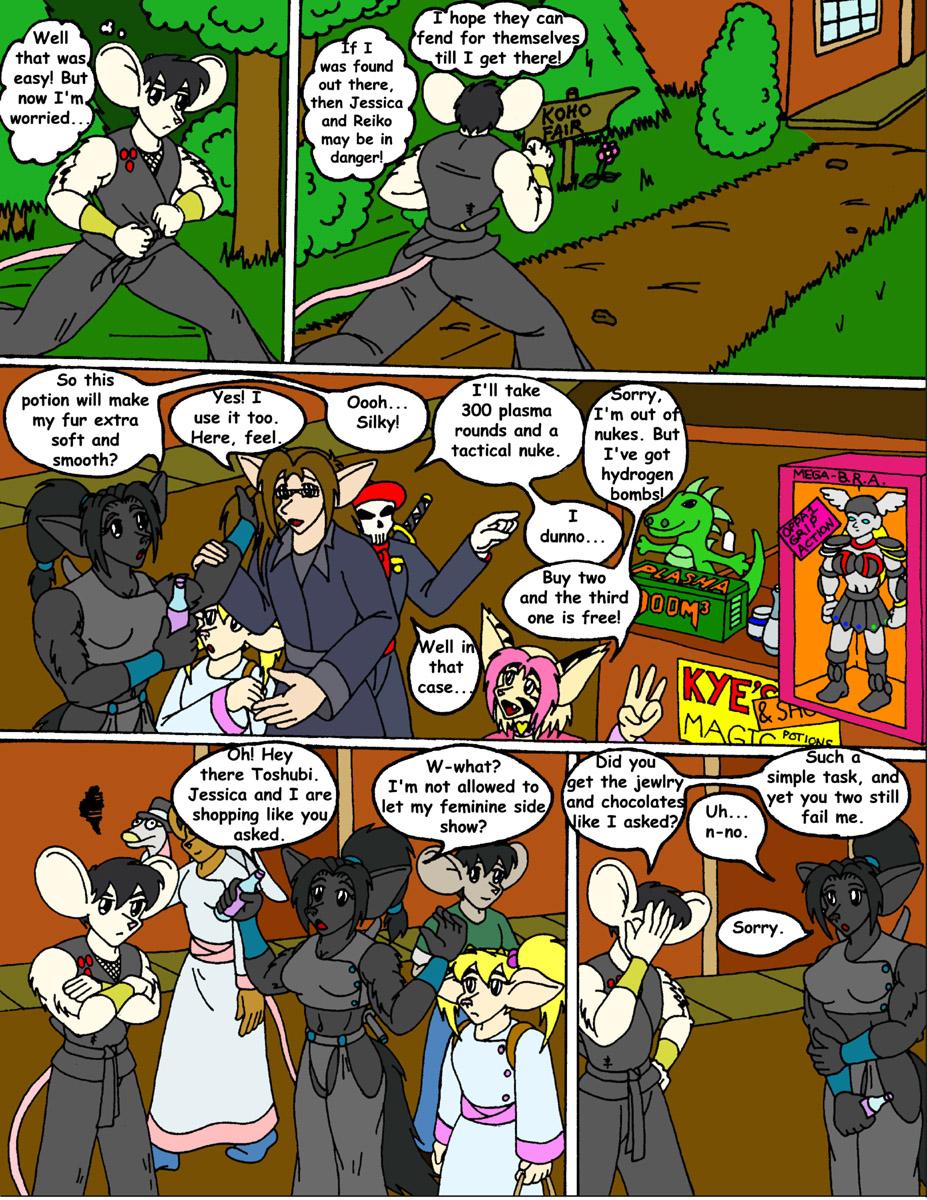 I couldn't tell you how many times I had simular conversations with my ex-wife when it came to compleating a assigned task.

Man would I like to try Kye's hair for myself. n.n Or to have some plasma doom that is obviouslly a visual refrance to the game series. n.n

A simple task, and yet it couldn't be done. I've been down that road before...sorta...

At those prices it's a steal!

Ohh boy, now the girls are in deep doo.

Woo! Sho's being useful for once!! ^_^ I'll have to remember Kye's silky hair and salesmanship for my own uses!! ^_^

WTF! Sho and Kye are Arms dealers now? Stabby followed through with what he said in the last last cameo and is now a married ma...sock? OH THE INSANTITY! Lordofgames: As am I but stick with it and see it through. Use your imagination (unless Toshubi already thought about it). Custard Trout: Watch it! >:D

Reiko's response makes me groan AND laugh. XD Also, I am now officially confused. Does the comic take place in the fuedal era, Modern era, or futuristic era??

Argh! Stabbers in a top hat!

What a nice little plushy. ;-)

MagicalMisfits: You speak from experiance, I can tell.

give them time there are still stores they havn't been to yet.

I was kidding about the sexism thing by the way.

Are you the failure or is she? I hope it's her, I need more reasons to justify my irrational sexism.