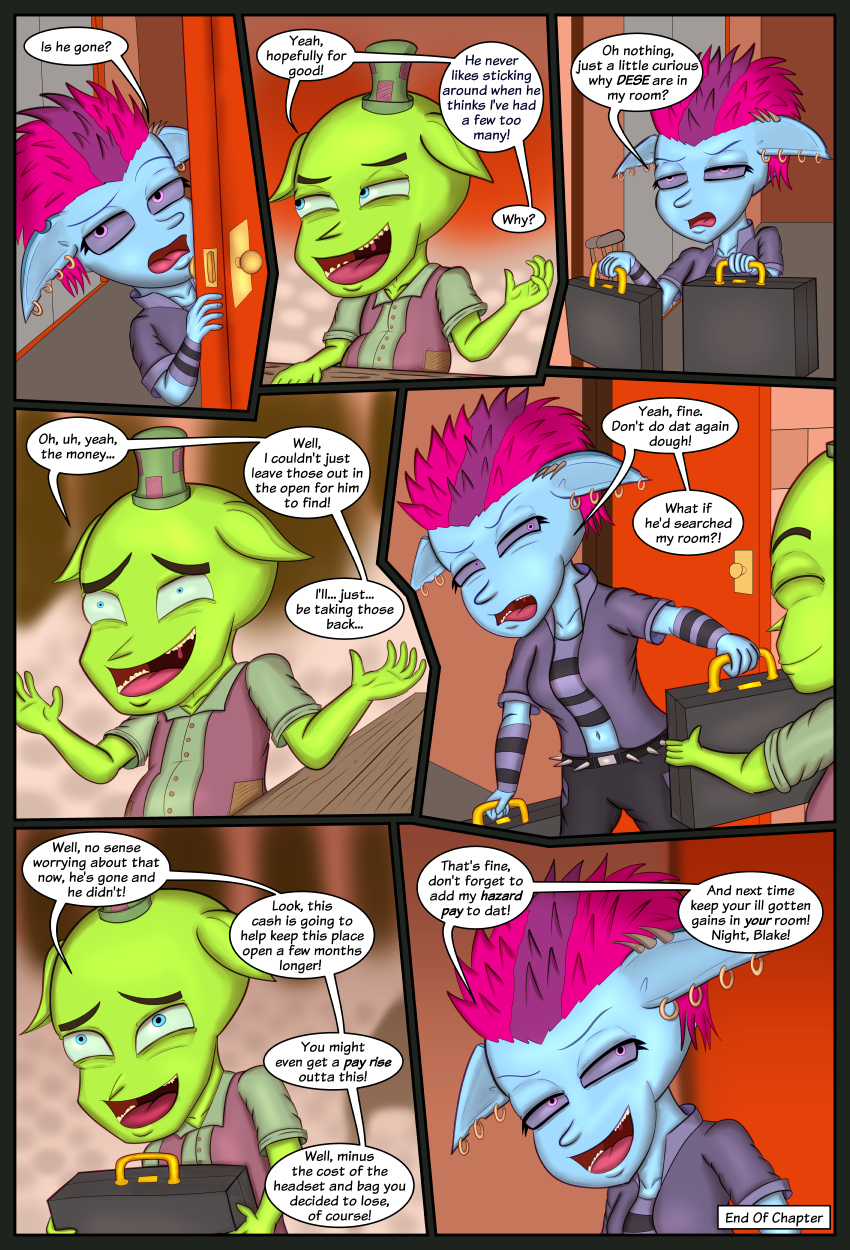 Well, it technically took 2 and a half years, but finally, the chapter is done!
I realised far too late that I had the door opening the wrong way, unfortunately its just going to have to stay like that. A wizard did it, etc.
Blake exaggerating just how drunk he was, although it may not have been completely necessary, he just has an uncontrollable urge to try and worm out of any situation!
Picka doesn't care so much about the money, but payback is another matter!
While we don't get a good look behind that door, there's a staircase and elevator down to the living quarters (Yes, it's in the basement, there's a reason for that!) So she didn't have to hobble too far with the briefcases and crutches!
But, that aside, there's an issue of the next chapter. While I had planned on continuing this, right now I'm just not really getting as much enjoyment out of it.
I'm putting this on hiatus for a time. I'll probably end up coming back to it, but for the time being, I'm just going to focus on my main comic.