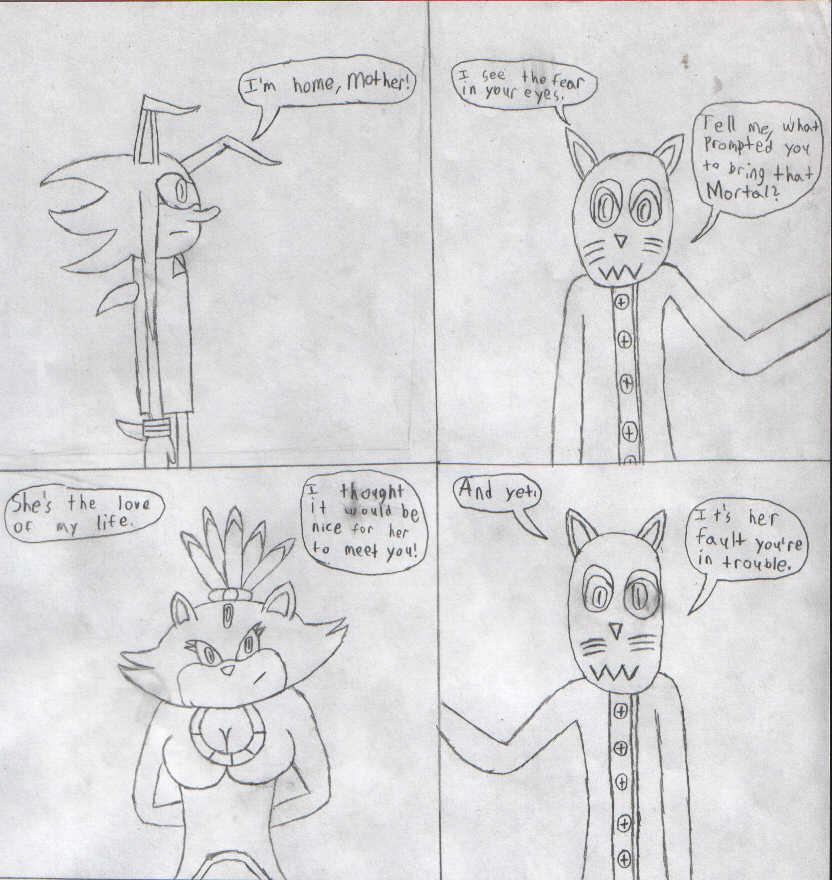 Yes, Blood has a bit of a fear of Mother. Mother hates Mortals, so she ain't the happiest when she sees Blaze. And all Blood wanted to do was introduce his love to his mother! Yeah, Blood's design is based a bit off of Shadow's. Only, with longer ears, 2 other spines, his traditional vest, and a pair of pants.Well learn more later. Right now, I'm starting to work on a script for this, as I don't want it to go off-track, like almost all of my other comics.