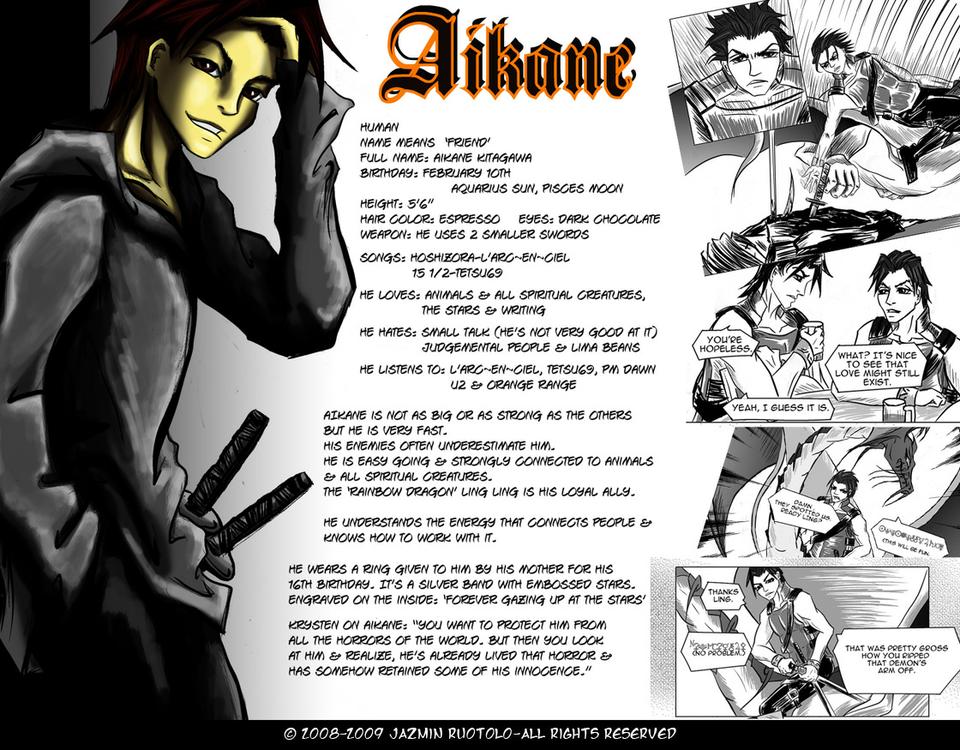 Sweet Aikane. He is the heart of the group. He never gives up hope no matter how dark it gets. And it will get darker for him. He is younger than the other guys and has an innocence that makes him seem maybe not as strong, but he is the endurance of faith personified. This gives him an undeniable strength.

His gentle manner draws spiritual animals and creatures of all kinds to him. He understands their language and can communicate w/them. Not something many humans can do.