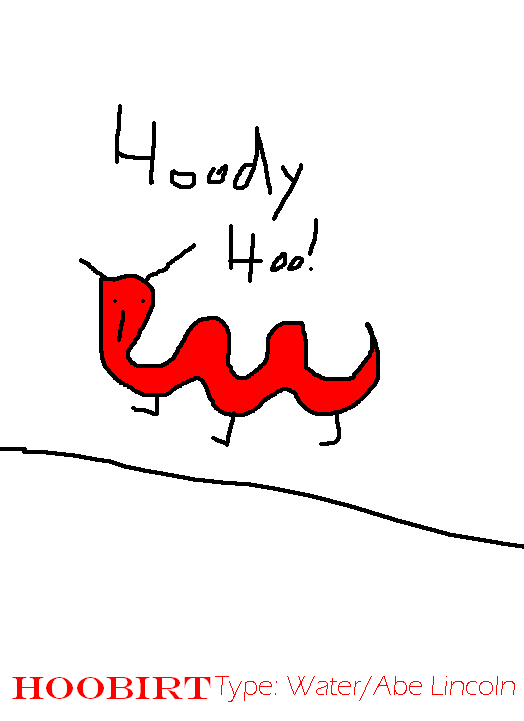 Man, Japan is turning out Pokemon like abortions in the innercity.

But you know? It seems they're just getting lazy with some. Some look just like the others. Seriously. Know when to stop, Japan. Know your limits.

So, if they could do it, why couldn't I?

Thus, Hoobirt. I think I'll have a daily one. More Coca later.

Nice. You should check out my comic, The Amazing Peter Parker

just read the archives, nice comic you have here. It's funny and personal at the same time, I feel I've met you in person already, haha

Does he have the power to swim in your intestinal juices?! If so, that would be highly original! Great for kids too.