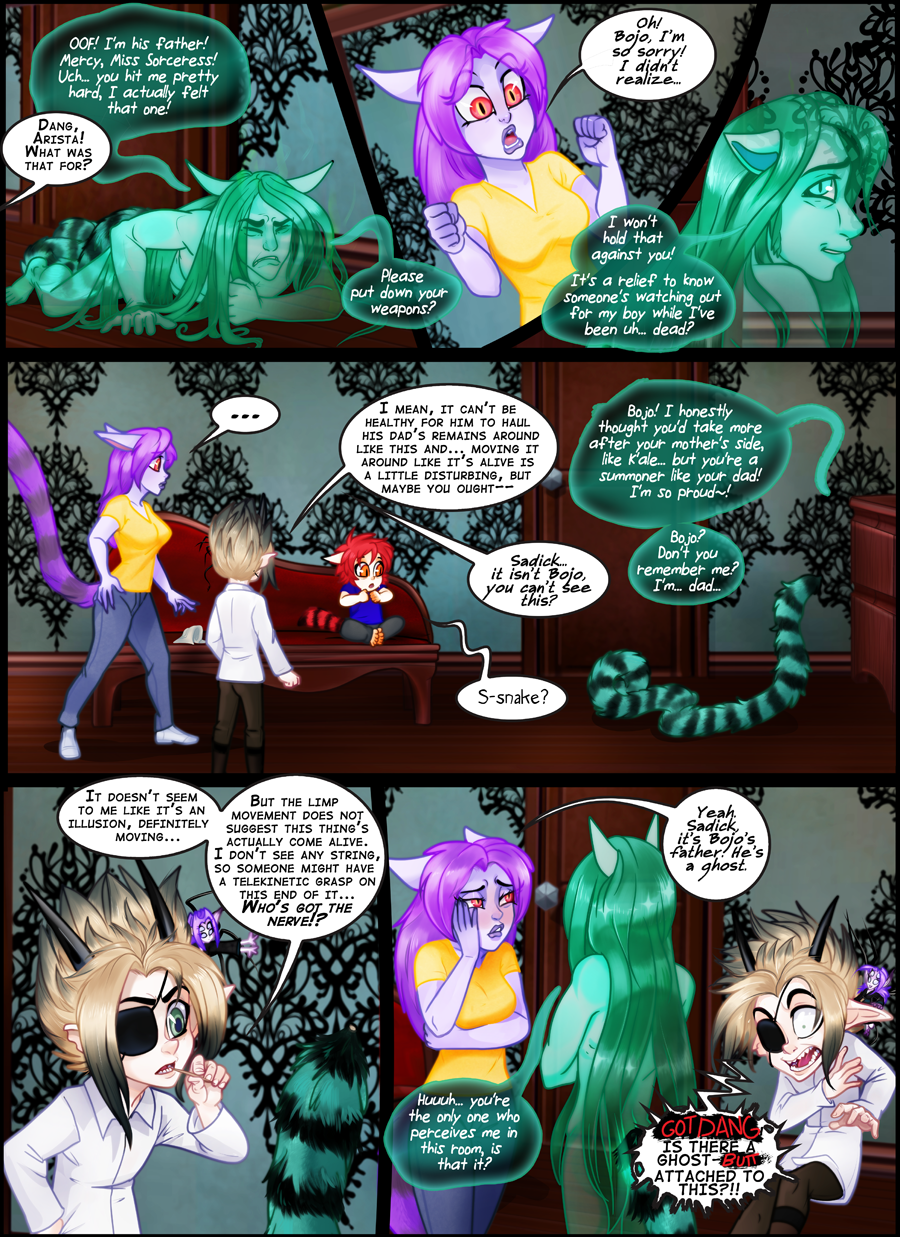 Sorry for the slow crawl on the updates, been under some stress lately for a number of things. Biggest thing is Nick is on the job hunt again as the company he worked for let the team go in favor of outsourcing, and every lead so far on new employment has been either a dead end or in another state. We're trying to remain hopeful but I won't deny it's been difficult to concentrate on comic art with these things going on, so it's not like I'm not drawing, it's just that I'm not pleased with it where it is right now. I mean this page is ok, it's the next batch I'm struggling with!

great work as always! much love to you. - Rj

Great page and no worries

Awesome. Sorry to hear about your troubles slowing down the comic. Perfectly understandable under the circumstance. We fans will still be here when you have things worked out and are able to focus again. Best wishes in the meantime.

Kinda makes me think of the furry snake things with the googly eyes. Except at the end, there's a ghost butt.