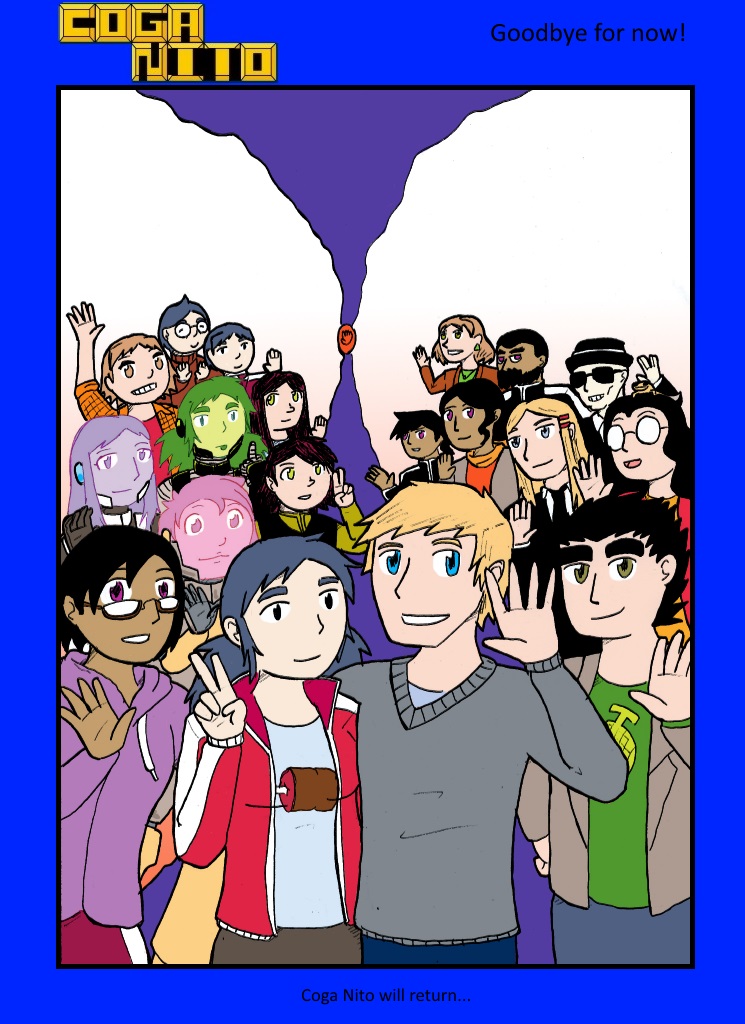 The End (for now)

So, with this end page, I'm calling Coga Nito officially done for now. It's been almost four years, and as I've mentioned before, a whole lot has happened! At this point, though, I'm just glad that I managed to bring it to the end point I'd originally envisaged and tie it all up- and not only that, but evolve it along the way as well. Half of those characters up there just sort of turned up along the way, which is something I love about this whole webcomics deal (or the improvised way I like doing it, anyway…)
So here's everybody. I managed to remember everyone that was on the recap pages, and I snuck the Corpse/Beyond in there as well, because it's a character as well, right? And they're (mostly) all waving goodbye, since I'm waving goodbye to them. For now.
Other Coga Nito one-shots will happen in future. There's a few ideas but no specific timeframe for them. Keep an eye on Twitter for any updates on those- and if there's anyone you feel deserves a spinoff, give me a yell!

Whaaat!! I had to catch up on this and it's over!! But congrats!