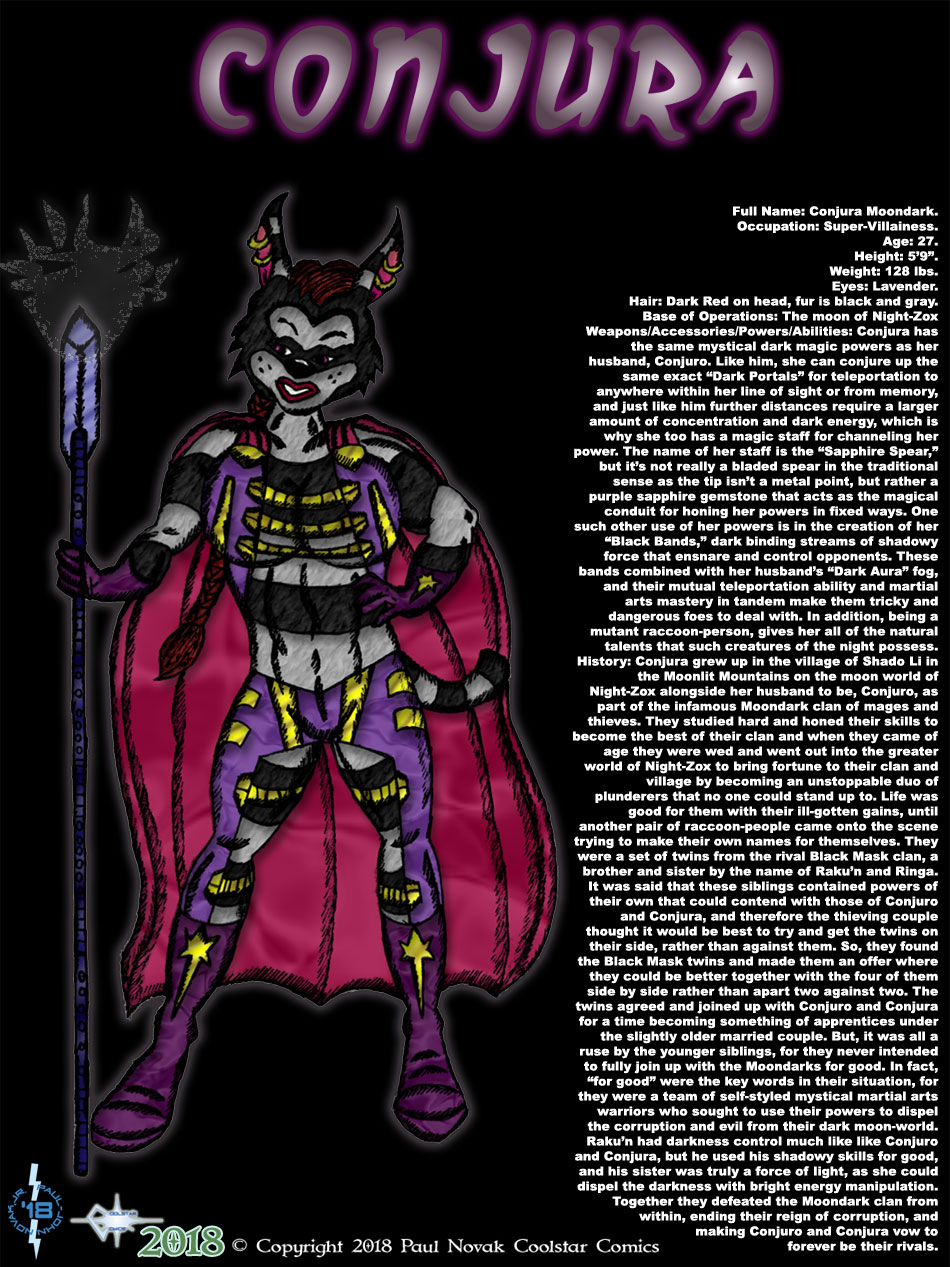 Conjura Moondark is the wife of the dark mage and thief, Conjuro Moondark. She is just as much a master mage and thief as he is, and that is why she was chosen to be his bride, so they could lead their clan. She isn't related to him in any other way other than marriage though, as the family or clan name of “Moondark” is more of an honorary title in this case, and all of the members of the group share the name, but it's more of a kind of guild title. There may be some members who are blood relatives, but Conjura and Conjuro never were despite having such similar and unusual personal names as well. There is no backstory behind their names though, as I just thought they sounded cool, being derived from the word “conjuration” to reflect that they are magic users, and using the “o” and “a” respectively for the male and female characters.