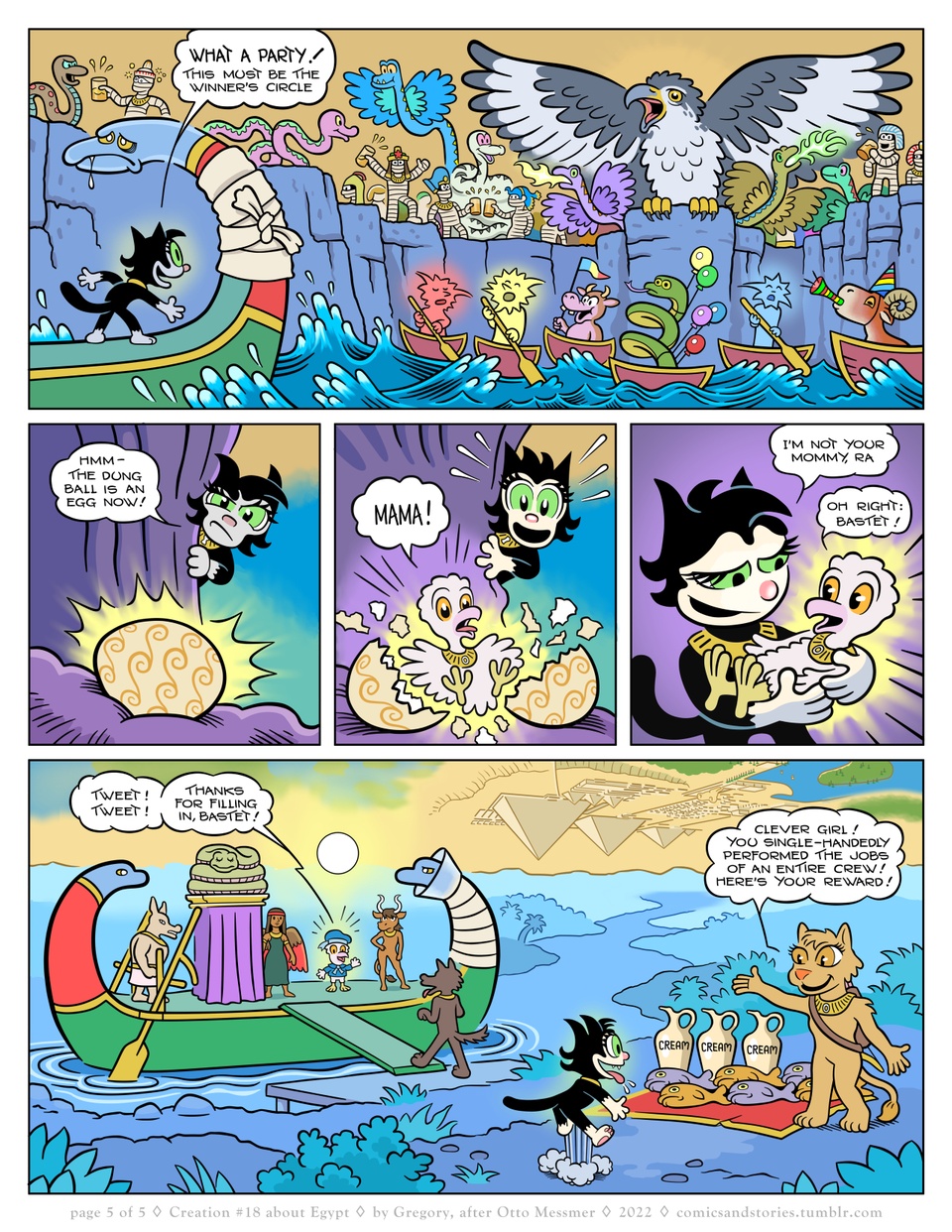 Bastet was an Egyptian cat goddess whose primary role was protector of the sun god Ra. Her city was Bubastis (house of Bast). Earliest known evidence of Bastet worship is dated to 2890 BC, nearly 5000 years ago.

Besides Bastet and Ra, gods depicted in this strip include Sekhmet (lioness), Mehen (cobra), and Apophis (giant serpent).

Illustration style is based on Otto Messmer’s Felix the Cat comic strip and comic books, which he drew from 1923 to 1960.