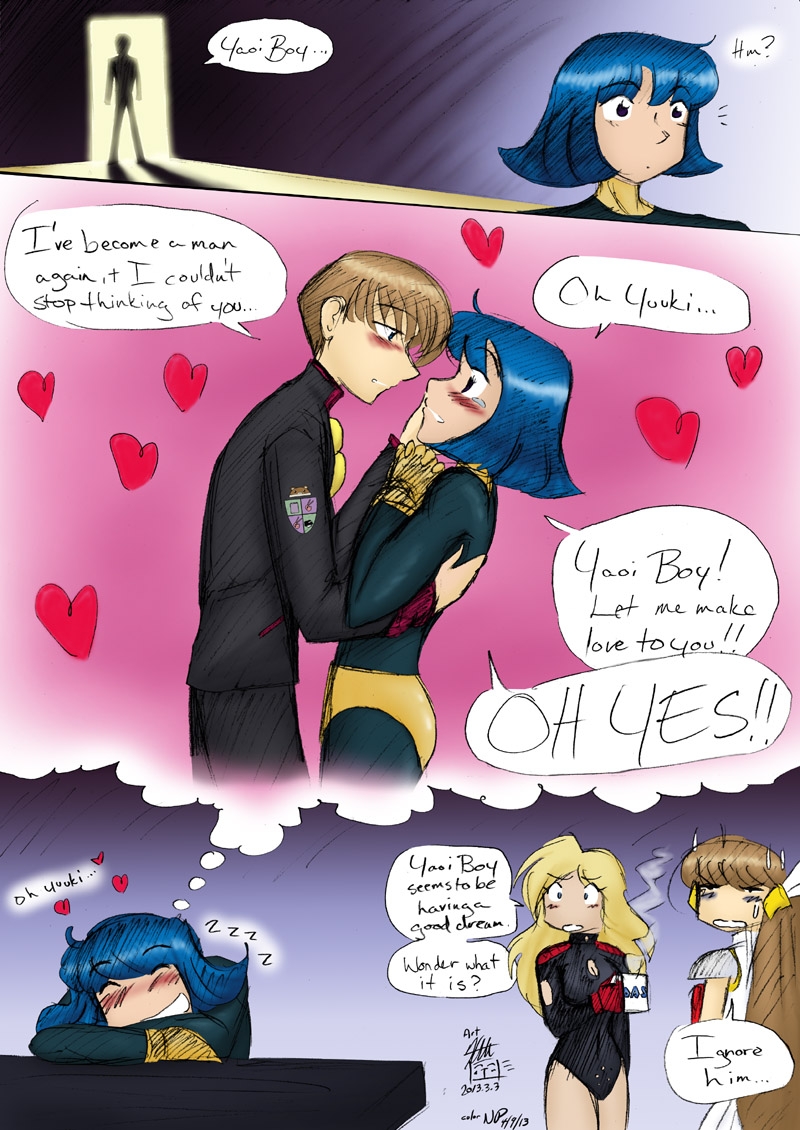 The Return of Yaoi Boy!

Hey, Crossover Cadets!  It's Neil again! Bet you weren't expecting a new comic this week, but you were wrong!

This is a bonus page featuring Yaoi Boy!  Much to the chagrin of poor Yuuki, Yaoi Boy continues his fantasy of one day freeing Yuuki from the “curse” of being transformed into a female. LOL! Yuuki looks so annoyed in that last panel.

I guess they're in the webcomic superhero break room or something.  Dasien's having a cup o' joe.

Speaking of Dasien, something weird's been happening over at her comic in which another heroine from days gone by has been fighting crime in her place!  Zounds!  Go check it out!

My power's been out for a few days, so I'm sorry I missed this page. Great to see YB again! :)

I'm not sure that matters to Yaoi Boy, jamoecw. The heart wants what it wants... or can't have... or something.

but yuuki is straight, so it wouldn't work out if he got changed back, he'd just be more understanding of women's needs.

I actually have that mug.

Poor her/him. understandable he feels.. disturbed. but on the other side girls will be enviousy of him. xDD