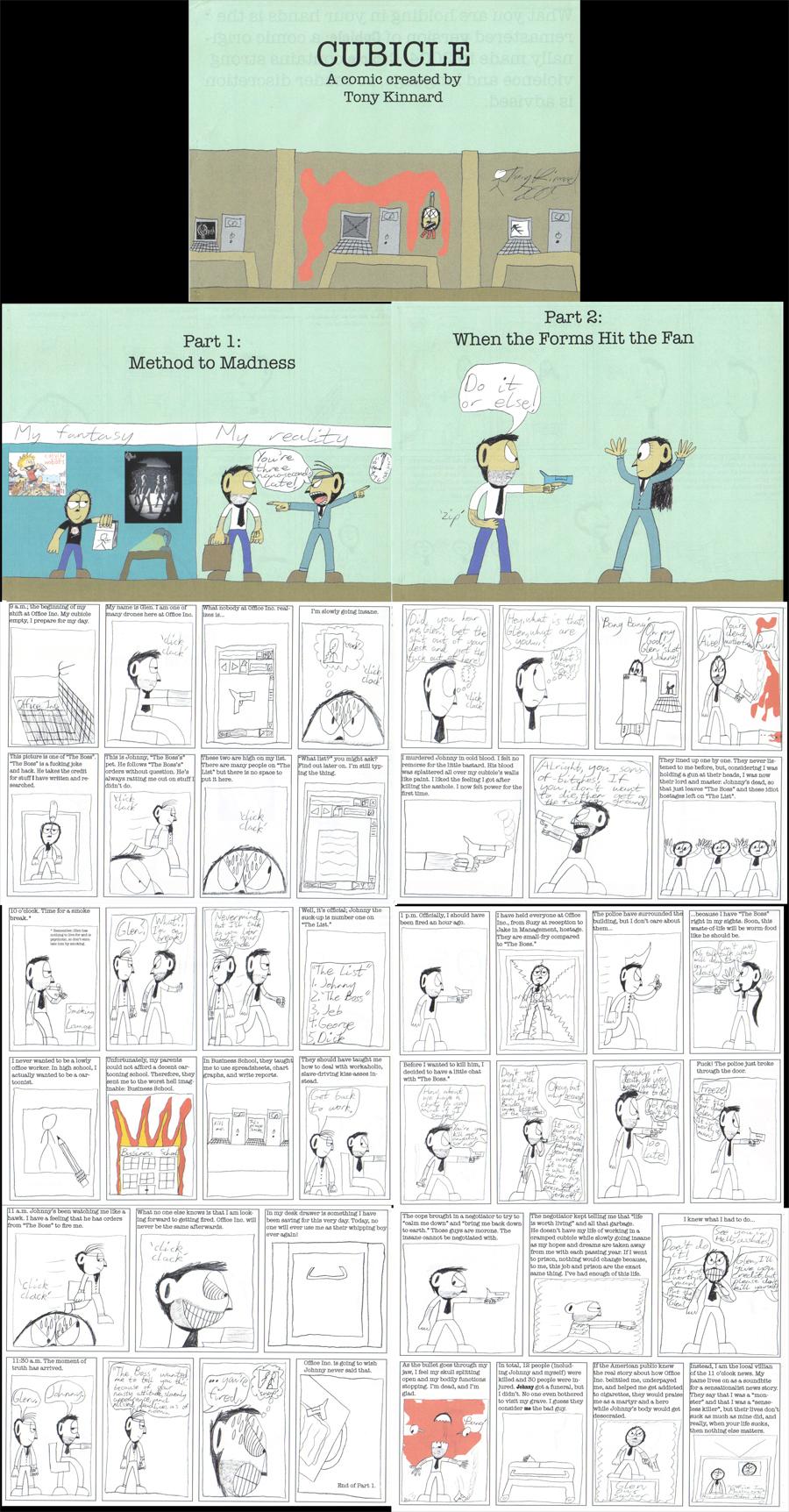 The Original Cubicle Remade (circa 2005)

Two pages today. If you missed the first, click the “Previous” button.

This is the exact same comic as the original, with the only differences being that it was made using InDesign and having two strips per page instead of one.

This was made as the final project for a design class I was taking my senior year in high school. It's also one of the very first digital efforts I made (and it shows). There were other extras included within this (like a bio page and an about the comic page), but I decided to leave them out here as they weren't important. By the way, I made two copies of this (one was censored to submit for a grade, this one is not as it's my own personal copy).

It's so small! It's interesting seeing how different the same story can look rendered by different artists.

And thanks for sharing this! :)