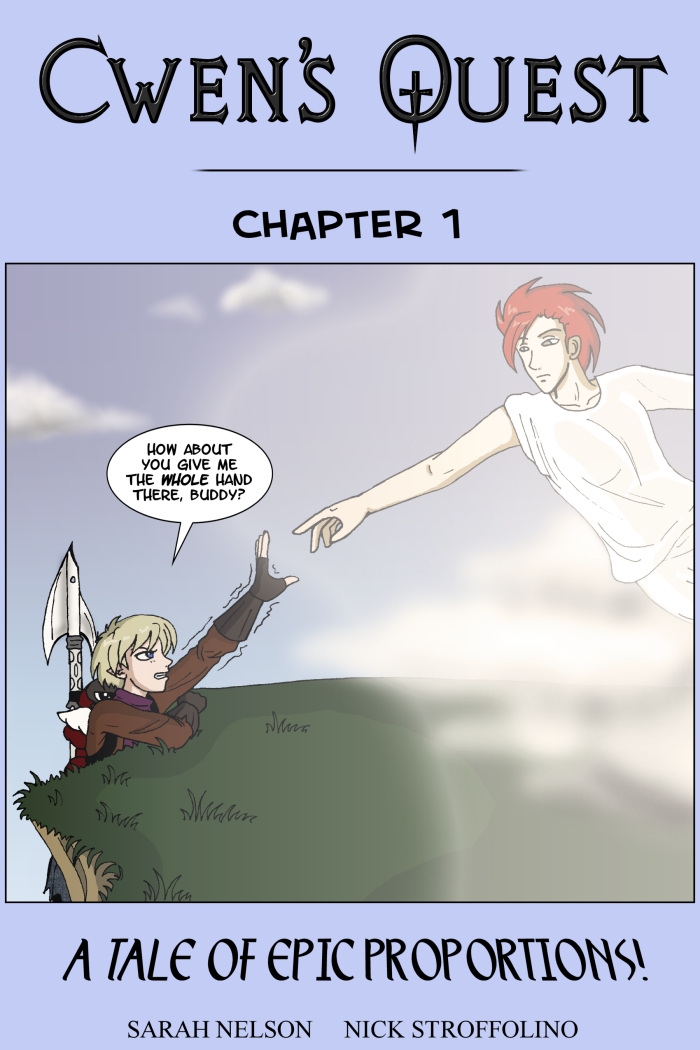 Welcome friend to Cwen's Question….Quest QUEST! Cwen's Quest. The product of the dare I say momumental collaboration between myself the Emperor of Evil and SarahN. Cwen's Quest is very special for me as it is the third comic I'm currently collaborating on with a successful female artist who does a vampire comic. I'm sure that says something about me but I really don't know what.

As I hope you can tell I'm very excited about Cwen's Quest. I've been a fan of SarahN work for a long time; I even had the privilege of giving Jack his last name, or rather his ‘real’ last name (true story), so getting the chance to work with her is a dream come true.

Cwen's quest follow the Kill Bill style adventure of Cwen, except as if it had been written by Kevin Smith and directed by Mel Brooks! You know actually, it isn't much like that at all and I think you'll just have to stick with us to find out what it is like. You'll like it though, trust me. So sit back and enjoy Cwen's Question….QUEST! Cwen's Quest!

Uhh, a picture of "the creation" :P

woot a comic i have never read before loving the cover :3

If this work is indicative of the material to come, it will be 23 flavors of awesome! (like Dr. Pepper)

LOL, another independent young mind falls under the influence of Teh Evil Emperor! He's like my Big Bad, grabbing all teh chicks! xD

I can't wait to see more! (I's intrigued and will continue coming back.)

Woohoo, fantastic cover! I love parody covers. And I love those clouds too. I'm very excited to see more of this!