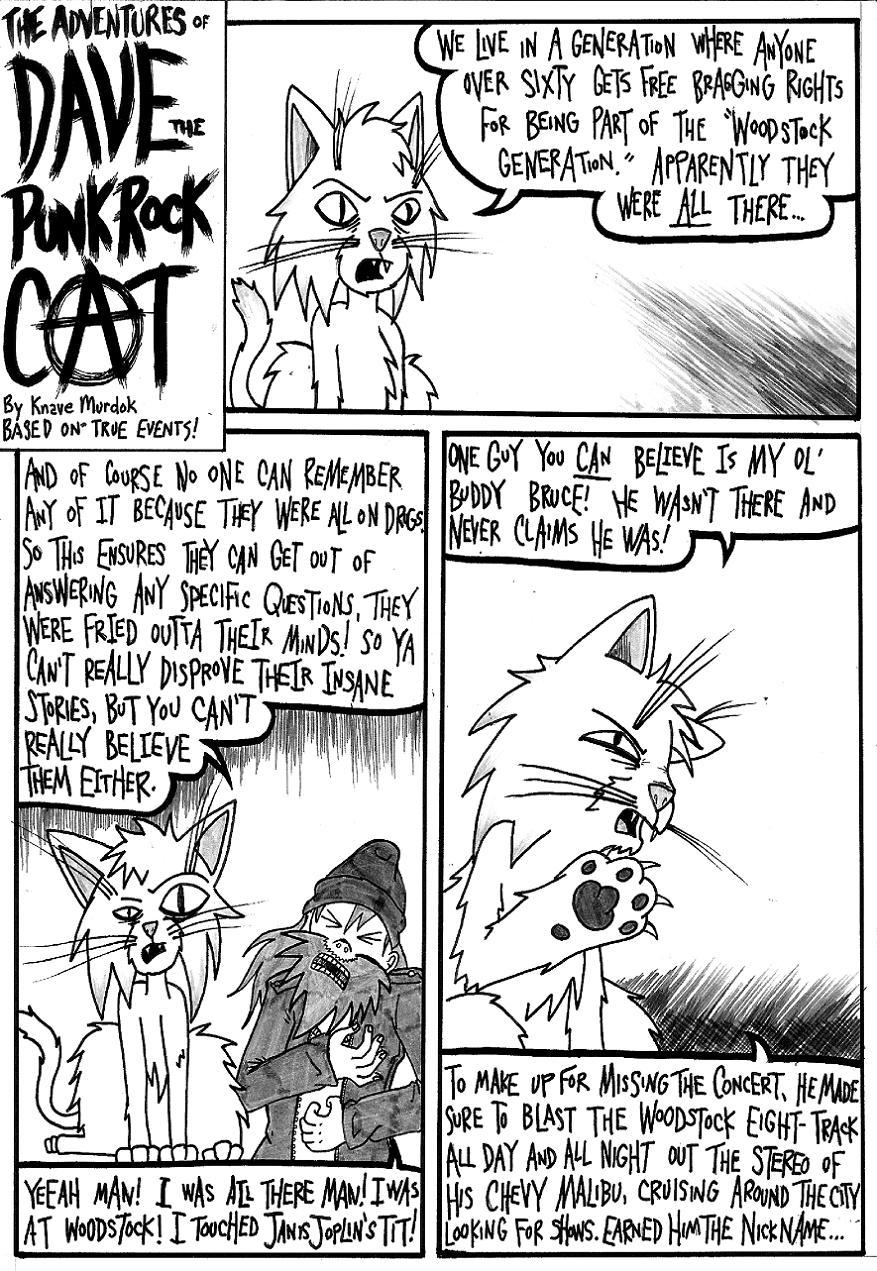 Hello all, please welcome me to my first ever submission to Drunk Duck Comics!
This is Dave the Punk Rock Cat, a character I've been writing for at least two years now. He is based on the life and times of my good friend Steve. Steve grew up in New York during the CBGB's explosion, when Punk rock was gaining its first footholds in American pop culture. The thing about Steve is that he has these extremely feline features, he looks like a cat, big round eyes, little nose, little mouth, and has this gravelly voice that reminds me of a mangy old alley cat. Through him telling me all these awesome stories about him growing up, Dave the Cat was born.

I've been writing this comic since February 2010.

What follows are the original blog entries that accompanied these pages when I first did them.

Remember Pee Wee's Playhouse? Paul Reubens pre-theater stunt, Laurence Fishburne played a cowboy, Phil Hartman played a grizzled sea captain, Rob Zombie was a… production assistant. Saturday mornings opened up with 22 minutes of sheer wild craziness. Problem is, the scope of it's pure awesomeness was too much for a weekly series to handle. Pee Wee needed to broaden his horizons, think bigger! And so, in that sunny August of 1985, Pee Wee moved to the big screen, in Pee Wee's Big Adventure, a 90 minute epic which accurately captured the sheer power, the tragedy and the wackiness of this Saturday morning legend.
Wow, so that was a long build up to explain why I chose this title for Dave the Cat's first full length comic, and maybe it's presumptuous of me to compare my character to an iconic behemoth of a media figure like Pee Wee, but hey… that's just the way it is, got a problem? Let's fight over the internet!
Anyhow, this is based off an almost true story, read it and weep, you now you want to! ”