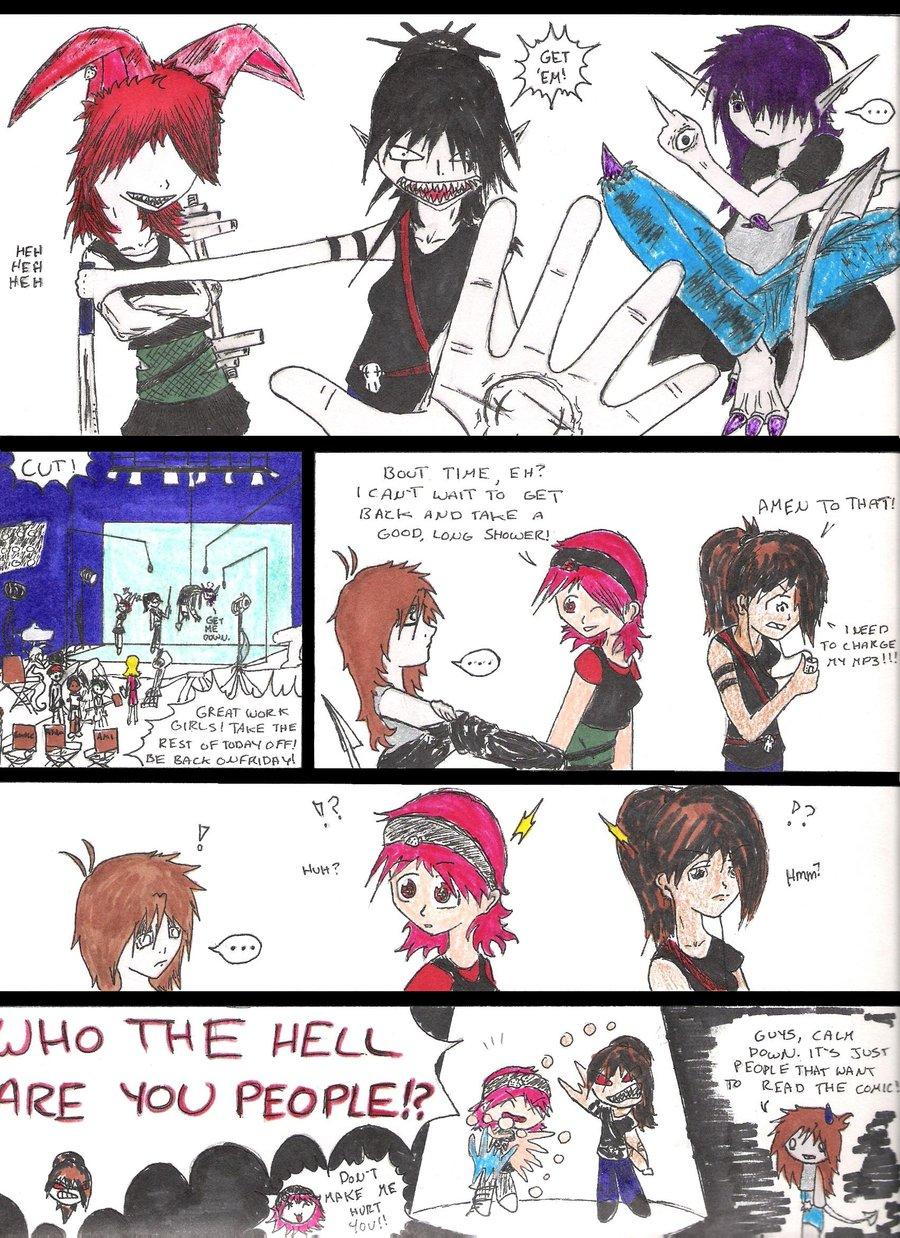 Anyways, hello. My name is Brooke. But my friends call me E.B.
I'm 15 as of two weeks ago and decided to put this up to celebrate… kind of… I celebrate my birthday 2 weeks later.

Moving on, the reason as to why I created this comic is quite simple really. The population of redundant, big-breasted, female characters that only appear every once and a while for the pleasure of the main characters is becoming grossly enormous. I'm disgusted with how many of these I see.
Just because women look so ‘nice’ to guys doesn't mean that they can appear only as side-characters in a comic with a male main character. It's unjustified.

So I created Demonics to show that girls could KICK ASS!!
… Actually… the characters I only developed quickly at a friend's house. They're sort of like different version of myself and 2 other girls… But awesomer!!

I'll try to update every Friday. Maybe sooner if I get bored or finish the comic early.