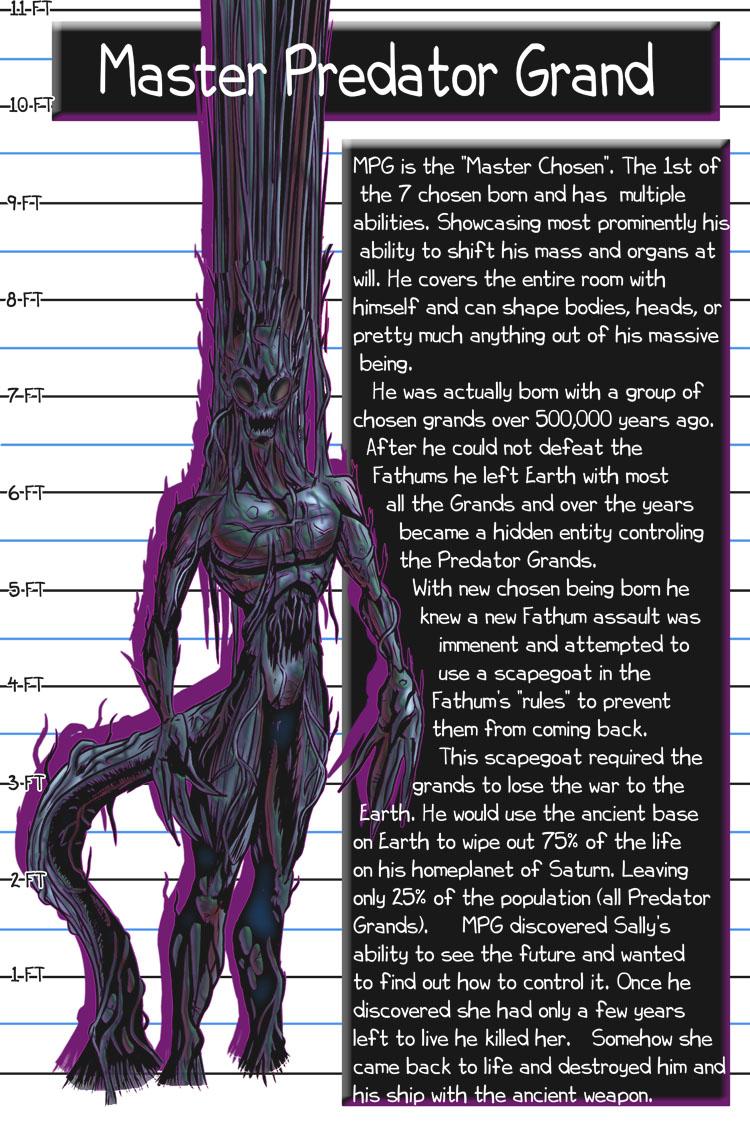 This is the Big Bad for the Prologue. When I was making him up I pictured his “big head” version more. He was a living wall. I thought it'd be interesting to have an entire room as the bad guy.

Though when we 1st see him as this form he looks more normal (this is normal?). I didn't get to show him off as the living organic room itself until the last issue.

Fun fact: Initially he was supposed to single handedly kill all 3 chosen Cyro Grands after they beat the Chosen Preds. But over the course of the script Cean died earlier and then Cutter basically died fighting Power Grand. But it worked out much better like this. No over exposure of the big bad right off the bad. He comes in, reveals the plan, wants goodguys to join him, then kills them when they refuse.
Normally that lastst part never happens. But my audience soon realized how expendable all the aliens were XD

This villain was really fun to play with. I really enjoyed every moment I was able to draw him. Especially when I was able to have Eve kick his butt at the end!

I also already uploaded once today if you missed it.

Unfortunately this is way too hard for me to draw for the cameo but I would like to tell you that this drawing is a freaking beast and whatever you're doing, you're doing it right.

Ah. Shape-shifting black flesh-ball. Kinda like a tumor. An EVIL tumor. -- Now, we'll have to see you top his evilness in your future bad guys. So, everyone who was "grand" is dead. Guess you're going after the "great" characters next. After that is the "pretty good," then the "not bad."