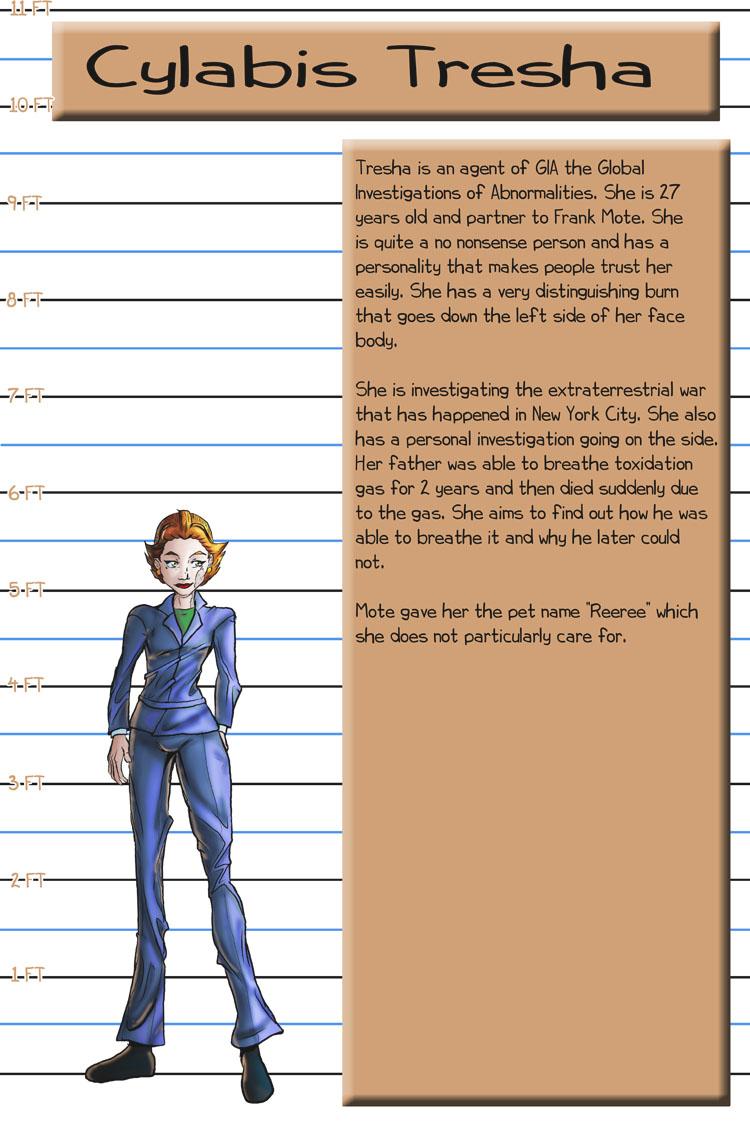 The other half of the X-files homage(creative theft?)

Tresha has one of the biggest backstory of any of the characters. She even has a huge scar as a reminder of it. But, no, I'm not going to spoiler her past here XD

Females never seem to have huge scars or flaws in comics. Especially female leads. I decided to make Tresha an exception to this rule. As long as she never starts flipping coins and making choices from that I think we are okay :P

I updated earlier today with Frank Mote if you missed him. Tomorrow I complete all the character bios WOOT!

@ Vickie: Darn you! Why are you ruining the surprises!!! Where's my mute button at?!!! Kyupol: It's simple really. I killed most of them off ^_^

I dunno how you can keep up with so many characters. I just think it over a million times before introducing a new character. :)

She fell asleep in chemistry lab. You never know what they spill on those counters! Whoops. Oh no! I revealed your spoiler! XD