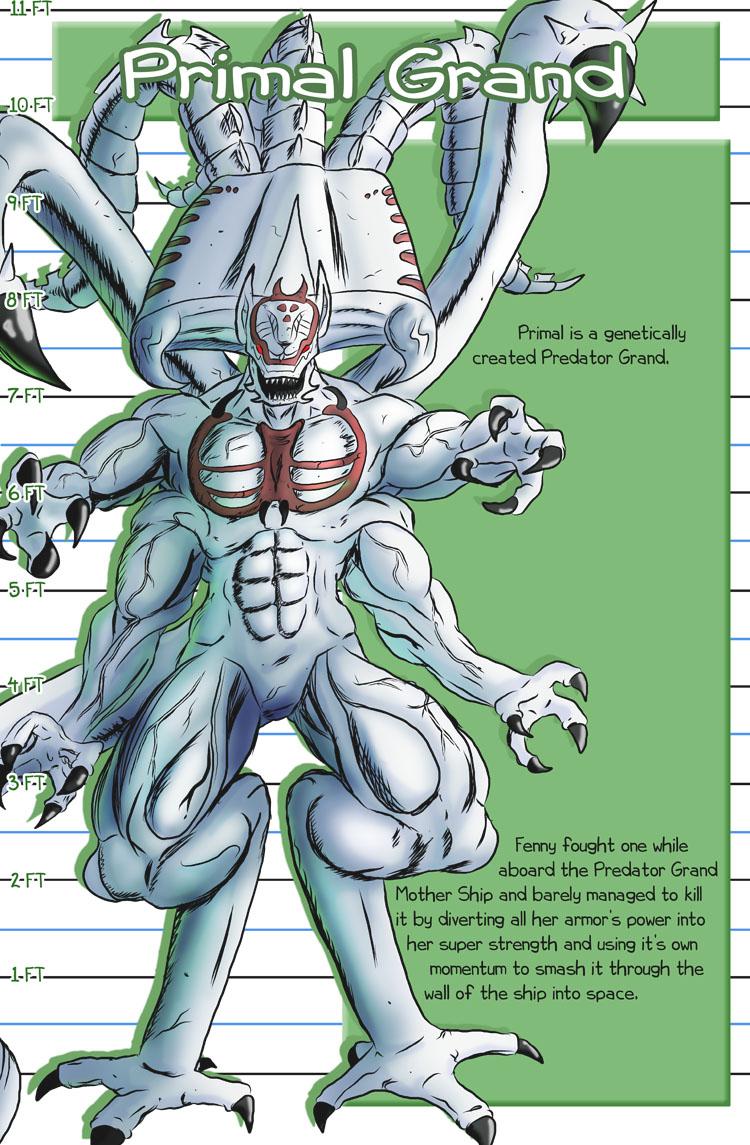 This thing is really REALLY not fun to draw :3

I don't have much to report on this monster as he was only needed for Fenny to fight in Issue 6. I did learn that the lack of pressure in space wouldn't make a person (or alien) implode like I had originally been told in school. Vickie mentioned that in her reply and I almost thought about changing the page. But he might implode a bit since he's from Saturn. Pressure may be greater there =p

Though technically it's hard to tell what REALLY happened to him and Fenny could have been wrong. All you see is blood and badly drawn organ matter coming out of his mouth.

Maybe the Preds fitted this dude with a Battle Royale collar device that makes his head implode if he tries to escape the ship?

Primal is genetically created. Aren't we all? ;-)