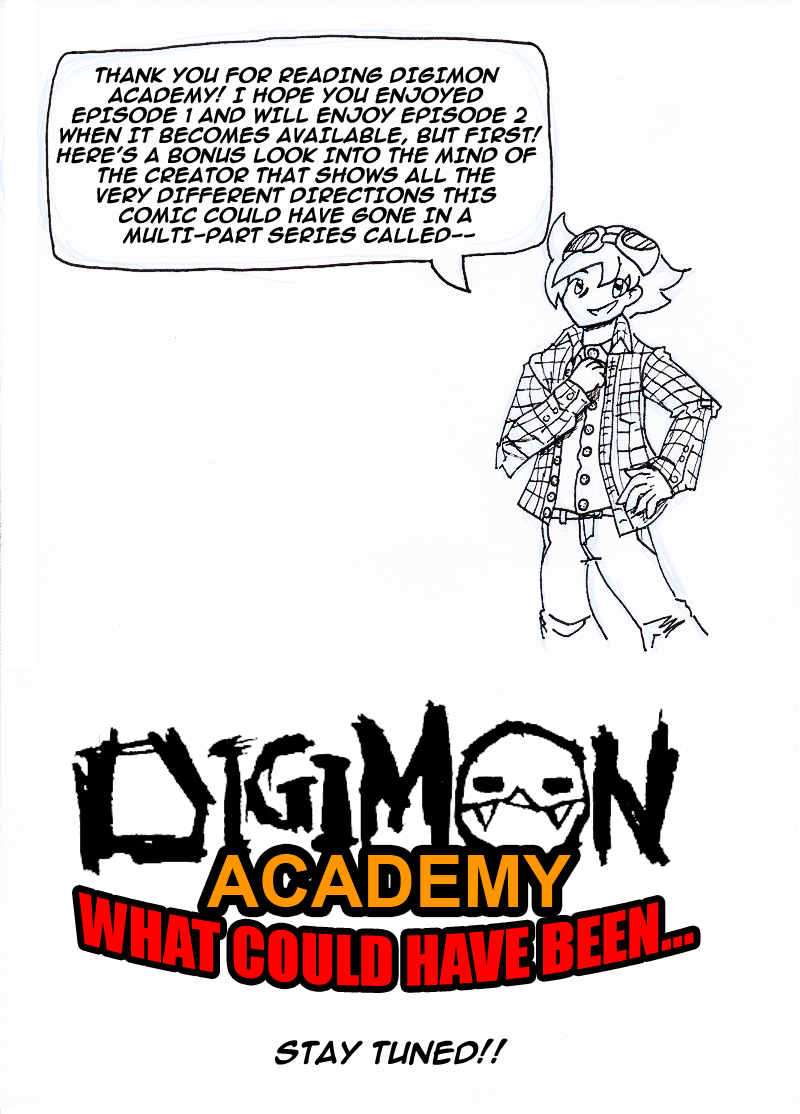 I know, I know, I should probably keep the story going for bit longer before I start having Specials and all that, but I thought people would find this little part enlightening at the end of every Episode.

The first part of DMAWCHB or “Dumawachub” (Please don't let that catch on) isn't actually a “What Could Have Been” scenario. Instead, to introduce this new series I will start with a random idea I had for a way to celebrate Digimon's 10th anniversary which you probably won't understand unless you watch Kamen Rider or at least have some extensive knowledge of the series. Those who do probably already understand what I'm getting at.

So let's begin our journey through the decade with Digimon! Well later actually…

Very good things are happening in my nerdy world. Not only is Digimon getting a new anime, but a new Pokemon game is announced with all the fun rumors and rumblings that come with such an announcement. The news is a little boring so far, but then again I thought the PokeWalker sounded silly at first, but now you won't see me leave home without mine. GameFreak always finds a way to get me to empty my wallet into their pockets, but I've come to accept that.

Also, according to many sources Saban has reacquired the Power Rangers franchise for Disney and are producing new episodes for Nickelodeon to air in 2011. I've pinched myself a few times since this announcement and it still seems to be happening. I was fully prepared for the post-apocalyptic Power Rangers RPM to truly be the End of the World for the Power Rangers series, but Haim Saban did not agree. Hopefully the man who started it all can breathe some new life into the series.

Why is this relevant to my comic? Well, one of the things that has been taking up my time recently has been writing a fanfiction adaptation for Samurai Sentai Shinkenger (No idea what I'm talking about? Google “Super Sentai”) called Power Rangers Rising Sun. If Saban adapts Shinkenger into a real series I'll no longer have any reason to update my story. More time for Digimon Academy!!

But knowing me I'll find a new project to eat up my time in no time.

This was very awesome to read, hope you continue.

omg its a digimon