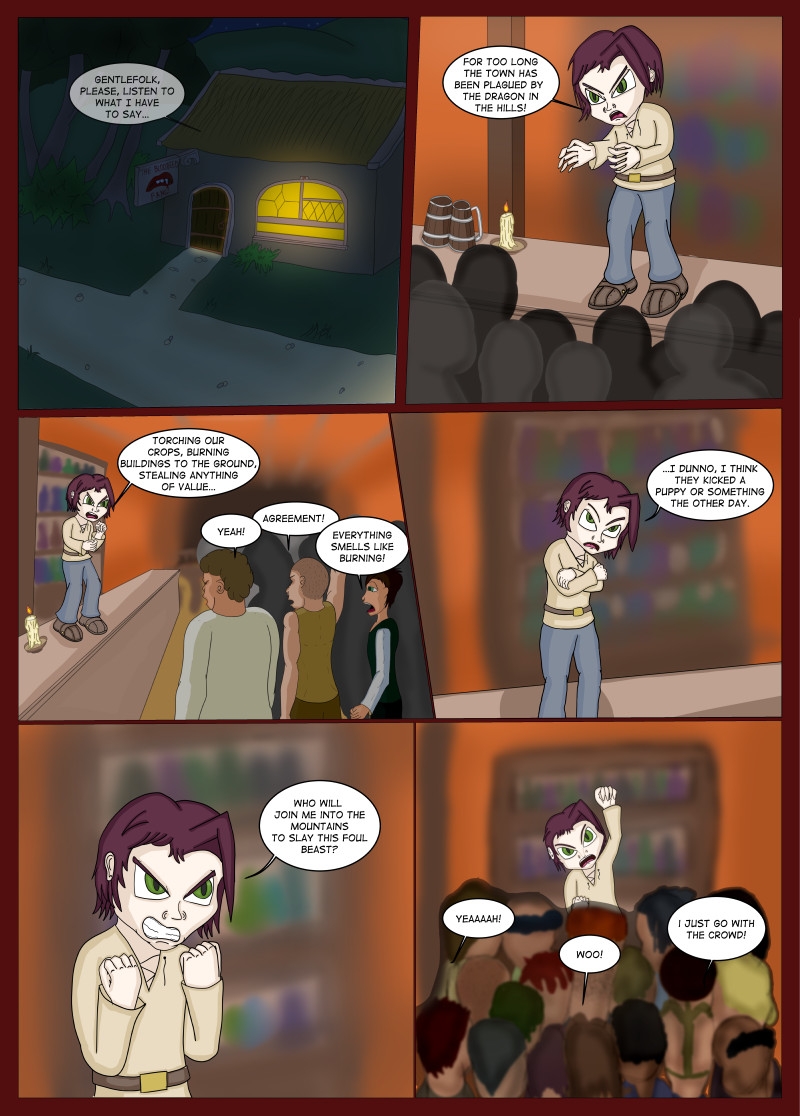 It's a bad art situation! These first 11 pages were done over the course of three weeks. This page? One of those weeks. Don't know why, guess I just needed to get into the swing of things.
Don't think it helped that I was trying to get them done as quickly as possible, since I kind of had a point I wanted to get up to, and I'm not too keen on the first part, but it was kind of necessary for later.
It needed to be pretty heavily cut down too, so expect somewhat disjointed dialogue, and little pay off to some stuff (yet).
I was kind of messing the a few ways of doing things, on this page too, trying to save time and find what worked, hence the terrible coloured blob backgrounds and ever changing crowd. Don't worry it slightly improves. Very slightly!
Oh, and expect proportions and stuff to be kind of all over the place. Not even going to make excuses, faces end up all over the place at times!