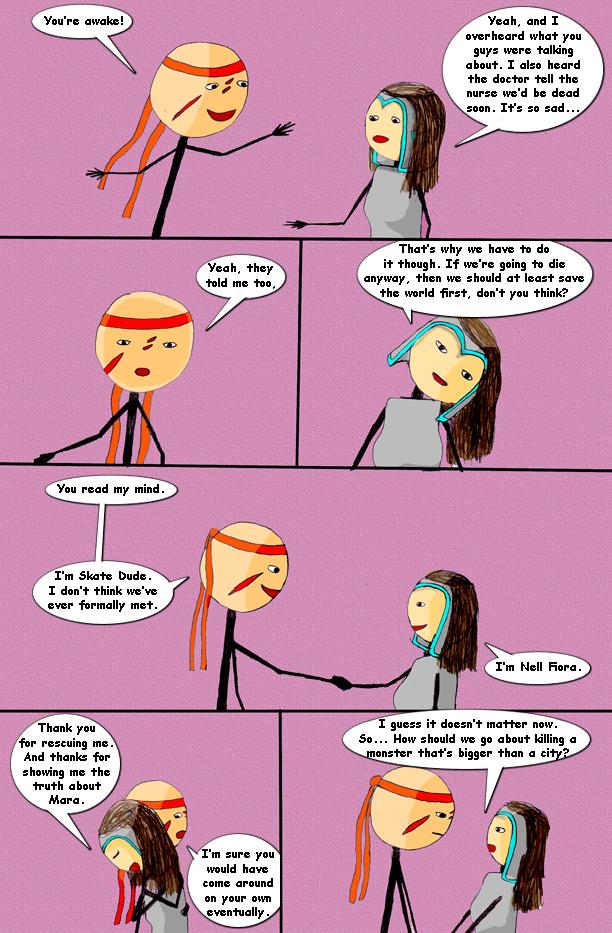 Sorry this took so ridiculously long to update and didn't even reveal the mystery of what Black wants to show Tily. My two jobs have been keeping me very busy, and as if that wasn't tough enough, I have a very tight deadline on my next short story.

Here's an excerpt to show what I've been working on. Let me know your thoughts if you actually take the time to read it:

Thanks for your support! The next page solves the black/Tily mystery, I promise!

I like this page. It a nice pause of sweet and touching before we go destroy the eater of worlds... And I enjoyed the short story...very intriguing... I want to know what happens to Squig and why the people were in cryo-sleep to start with...

These kids will save The World, if anyone can.

They're so cute xD. Sad that they'll die soon though ;; They have a lot of courage to still be fighting after all they've been through though...

Hey Nick! Yeah, I know that feeling when you've got jobs to deal with and your creative side has to be put aside for priorities. I'm enjoying this so far, well-written! And as for the short story, very cryptic, and interesting. I hope the full one comes out soon, I'd like to read it all! =)

This page reminds me of the last matrix movie for some reason, except this doesn't suck.