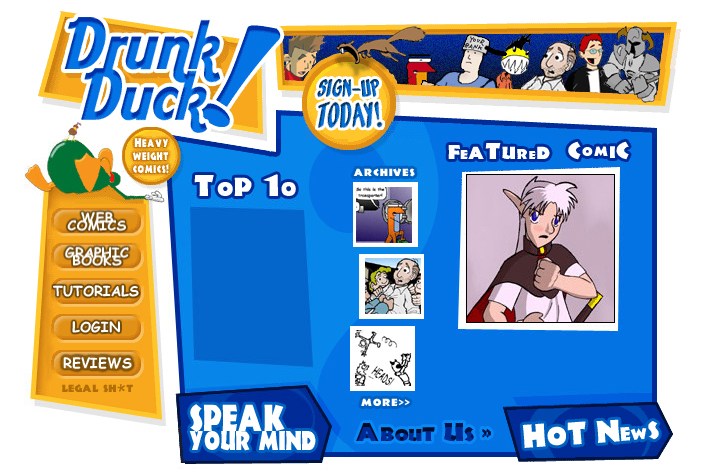 
That image is from the very first site design and had a DEAD duck in it as that was the original concept name of the site. “Dead Duck.” However the domain deadduck.com was taken so it was changed to “drunk” as the image kinda looked like a drunk duck as well and the domain drunkduck.com WAS available.

The duck is green because it is supposed to be a MALLARD duck. Early art of the duck even have the white neck line (like the upcoming few comics) but was later removed on more recent artwork.