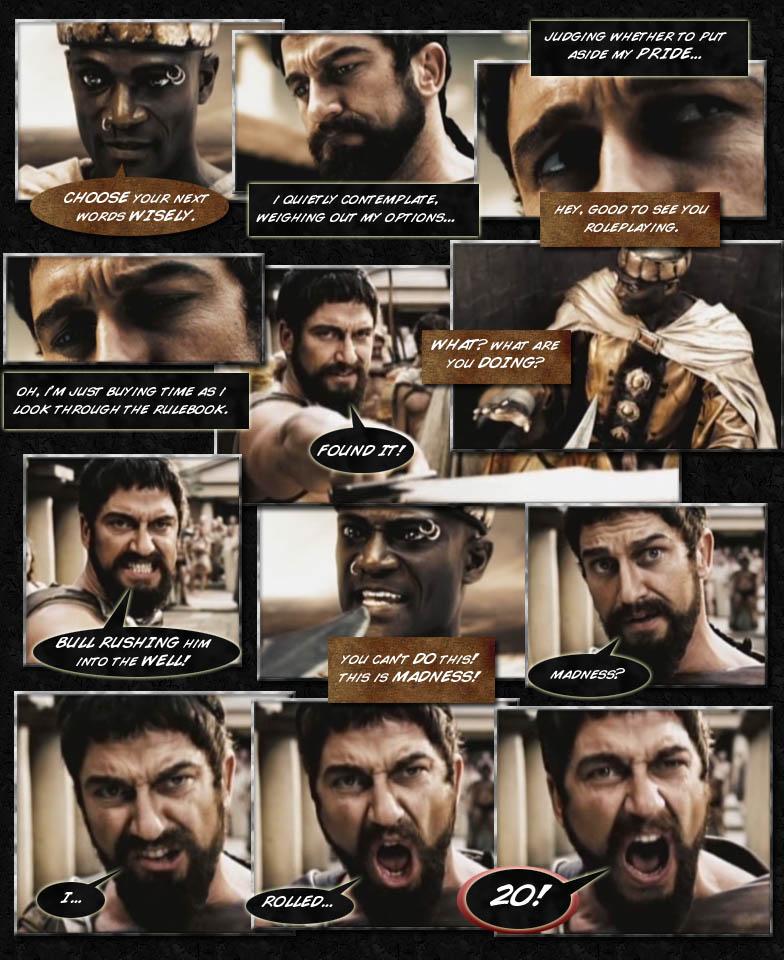 Well this is one of the most famous scenes. I hope I did it justice. There were a few different punch lines I had Ã¢â‚¬â€œ too bad I could only pick one.

i am so showing this to my DnD buddies

lol i hated the original dialogue but you sir made me enjoy the 300 what i believe is now!

Lol, that was so damn funny. I hope you'll post one soon! :D

lol on more than one occasion.

This is really good stuff! So, uh... are you ever going to get back to working on it??

This is great! Hilarious.

I am amazed by the amazingness of this comic. It reminds me of the LOTR one much like this.

LOL, this is so funny. It's like sprite comics, but GOOD!

Heheh, I hadn't noticed this other comic of yours. Very funny. Good shtuff. 5'd, Fave'd, and you've been Friend'd.

What were the runner up lines?