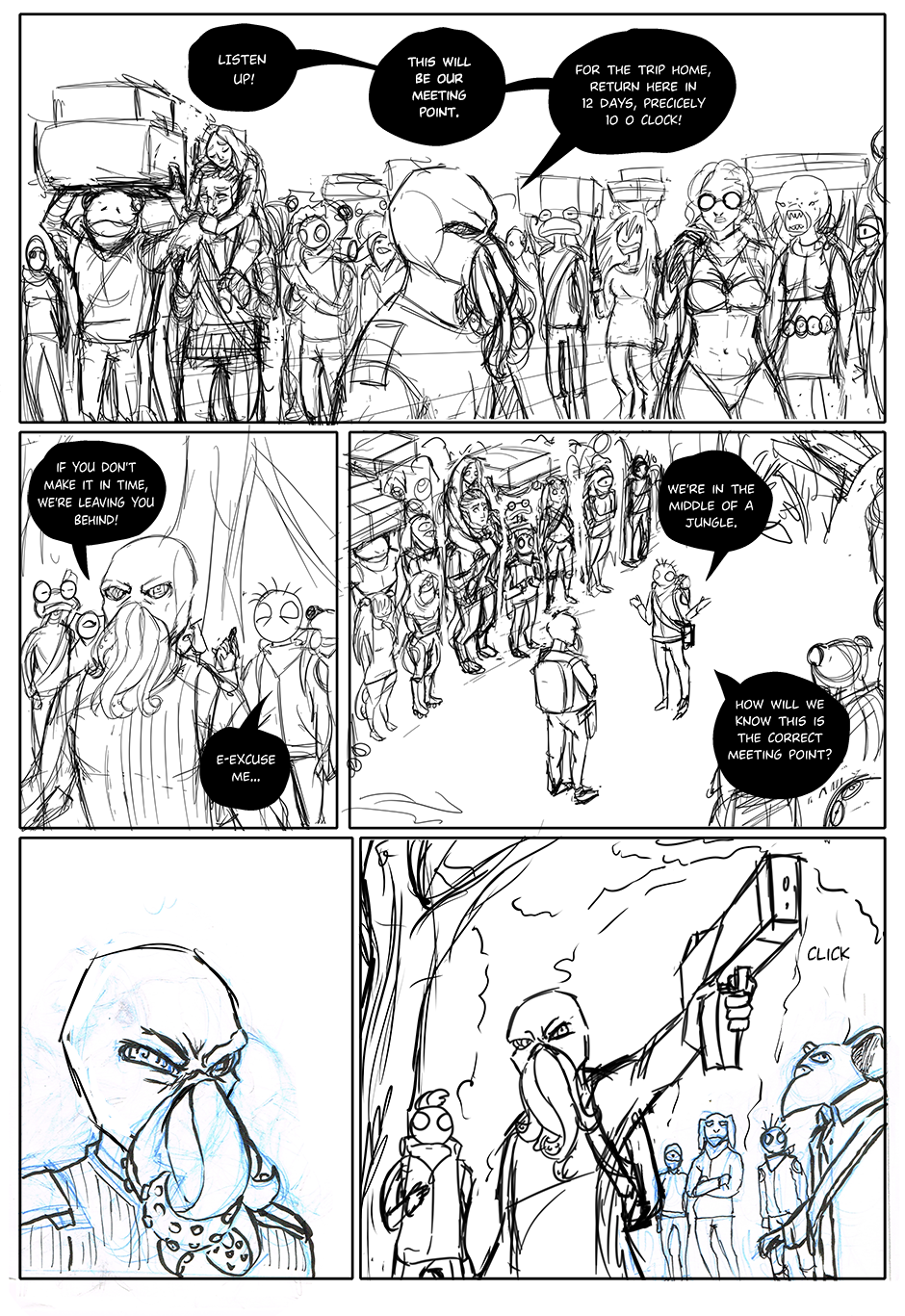 I've never uploaded a rough SKETCH here before, but I thought why not. My sketches are usually the next step of the thumbnail sketch, which i scan in and ink over digitally. This page was actually inked traditionally at first but I didnt like it so much because of quite alot of perspective flaws and the workspace i got makes me sit uncomfortably as hell during inking (looking into getting a better drawingtable, all im using is a wooden drawing-pad in my lap at the moment).
I do the most messy lineart which is why i like to work digitally due the fact i can hide the layers when i dont need it anymore. Also I like to move around and adjust the characters, like i had to spread them out a bit in the third panel and instead of re-drawing i just moved them.
I also do a temporary speechbubble-dialogue test in order to draw around the text rather than just clash them on after.
The full inked/color version will be up one of the next few days, promise!

Interesting! I like a view into your earlier stages!!