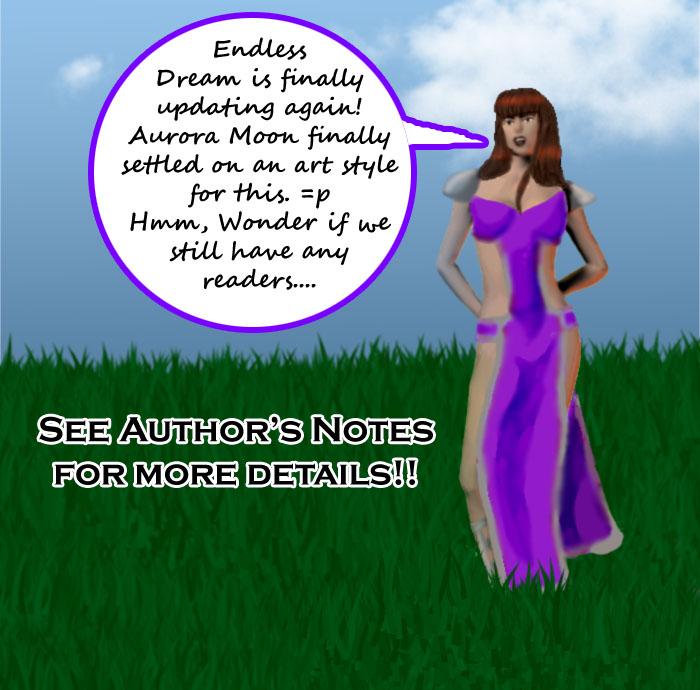 Okay, I've been pretty damn busy with my life. =P there was a little bit of drama going on where I lived… There was an fire in the apartment building which took out a large section of the building. so there was constant revatations going on here which made it next to impossible to even focus on my own work.
And to top it off, my old computer finally became so old that it was unable to do any of the simple functions such as browsing my picture files without freezing up for one minute before finally doing what I asked it to do. Thankfully it didn't act up until after I had done my collab project with ozoneocean…. which you can find here: http://www.drunkduck.com/Pinky_TA/. it's the part where pinky enters the dream world. :P
Sooo, I got a new comptuer. :P And being new, I had to reinstall everything I had, and try to get my files that I had been working on the other pc.
During this time, I was also working on OTHER projects… and debating whenever I should restart Endless Dream or not. I had this idea of tweaking the story so that it wasn't a girl moving between worlds, but an girl who was trapped in her own dream world and trying to find a way to wake up.
In the end, I decided to stick with the current story. :P