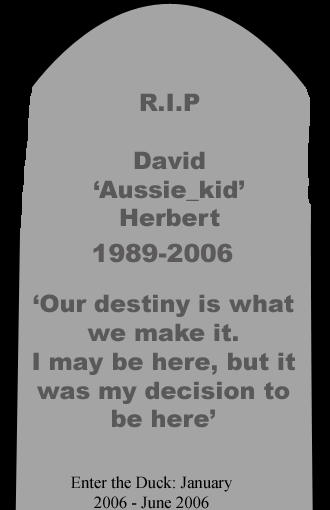 Depending on the circumstances, that will possibly go on my tombstone. Either that or ‘Had to happen sooner or later’. And yes, that's my real name and real year of birth.

After six months and 80 pages, EtD is at an end. Weird, this is the first comic I've ever finished. Of course, it's still staying up for future generations (Read: Any one who clicks on my profile in the future)

So it's over (Hears cheers in the distance) but soon, I will begin EtD2 (Hears screams in distance). Problem though, I still haven't finished writing it. I still have about maybe half the epilogue to go, but I still want to wait until that's done before I start

Oh well, please state your comments or whatever you have to say about the comic over all. It's been fun though. I will go back to the whole parody thing, but I want to wait until I'm a much better artist (Maybe two or three years should do it)

In the meantime, I urge you to read the comics I infiltrated, and my own of course. But, for the fans (Thanks to the 8 people who faved this) who want to keep loyal, I'll start EtD2 in a fortnight, hopefully 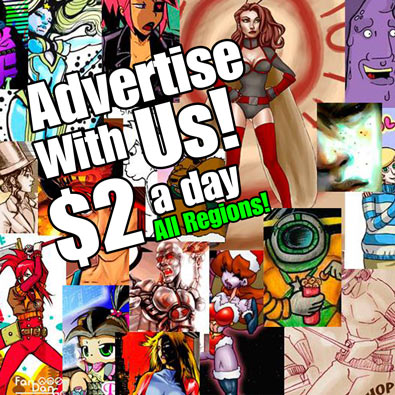 Now do the credits!