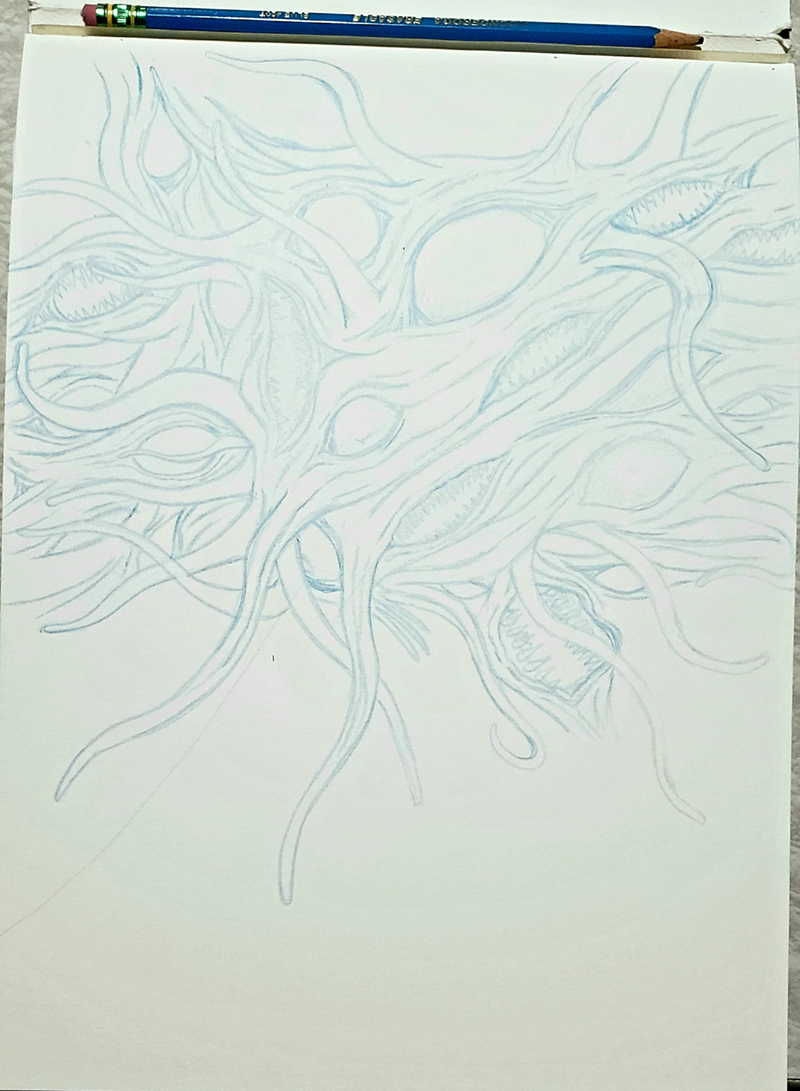 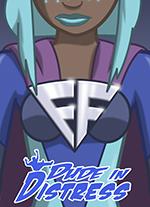 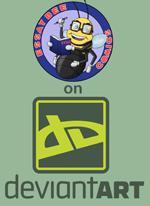 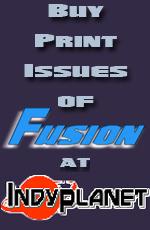 Discarded Art: The Other

As some filler material before Issue #17 starts (no set date yet, but likely late April, early May), here's a look at some pencils I did for an abandoned look at the Other our heroes escaped from in Issue #17. I had originally thought that at some point after getting far away from the Other, Fusion would either look back or Wandering Whistler would warn everyone not to look behind them, and there'd be a reverse shot looking behind the heroes at the space behind them completely filled by this inky, multi-eyed, multi-tentacled, multi-mouthed thing stretching as far as the eye could see. As the story progressed, the scene just had no place and I liked the idea of not ever explicitly showing the Other (even though, as planned, the idea for coloring would leave most of it black with only vague highlights and glowing eyes giving a suggestion of the penciled shapes). The coloring concept still intrigues me, so I may put together a finished image of this in the coming weeks.

yeah, best to leave the other to the imagination of the reader

oooh. sorry i had completely forgotten about it. when they mentionned hands, i imagined something like this https://ben10.fandom.com/wiki/Mother_Celestialsapien where the final battle of that Ben 10 season happened with her hands as the arena. sorry about that, i guess i was confused

"indescribable" it depends on the situation and story. in this particular case here, it helped. but its not always the case everywhere. on the other hand, i didn't even realize that captain stupendous sister was supposed to be like that instead of a beam of light.

No, Karelle is simply light given form (and life), as discussed back on page 17 of Issue #13 (https://www.theduckwebcomics.com/Essay_Bee_Comics_Presents_Fusion/5529571/ ). The Other that this was almost an image of was the thing she and the other heroes found themselves in and broke out of (see discussion back on page 44 of Issue #16; https://www.theduckwebcomics.com/Essay_Bee_Comics_Presents_Fusion/5633989/ ).

Eldritch! but yeah, good call in not showing. it leaves things to the viewer imagination and i'll always be scarier

Exactly. And to show anything more explicit also seemed to be a bit of a disservice to the notion of the "indescribable" nature of these things.

The blue sketch is always my favorite

It's like the ending of "At the Mountains of Madness".