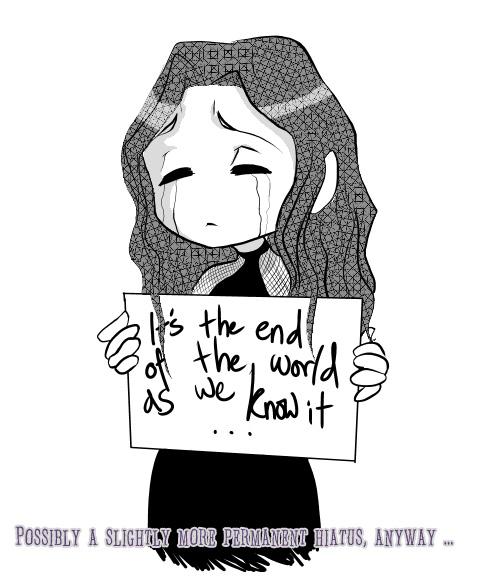 Sorry guys, but it looks like Ether as we know it is going from Hiatus to permanent halt! *sobs* …

It really wasn't going anywhere: if I'm honest, I really had no idea what was going to happen past the next chapter of this, aside from an odd few incidents that would work their way in. No point in holding it back any longer.

On the plus side, though … I have re-written a new story, using the same cast of characters, but with more emphasis on the story in the writing. So, urm … wey! X3 Ether is no more … EtherNegative (http://www.drunkduck.com/EtherNegative/) is NOW. (See what I did there?) I'll put up a placeholder within the next few days, but for now, you know the address!

Random bit of trivia: in its second time of being written (there have been maaaaaany), “Ether” was called “Infinitio Infinitas” … thus my off-spelling of the title. ;3 Ho, smarts!