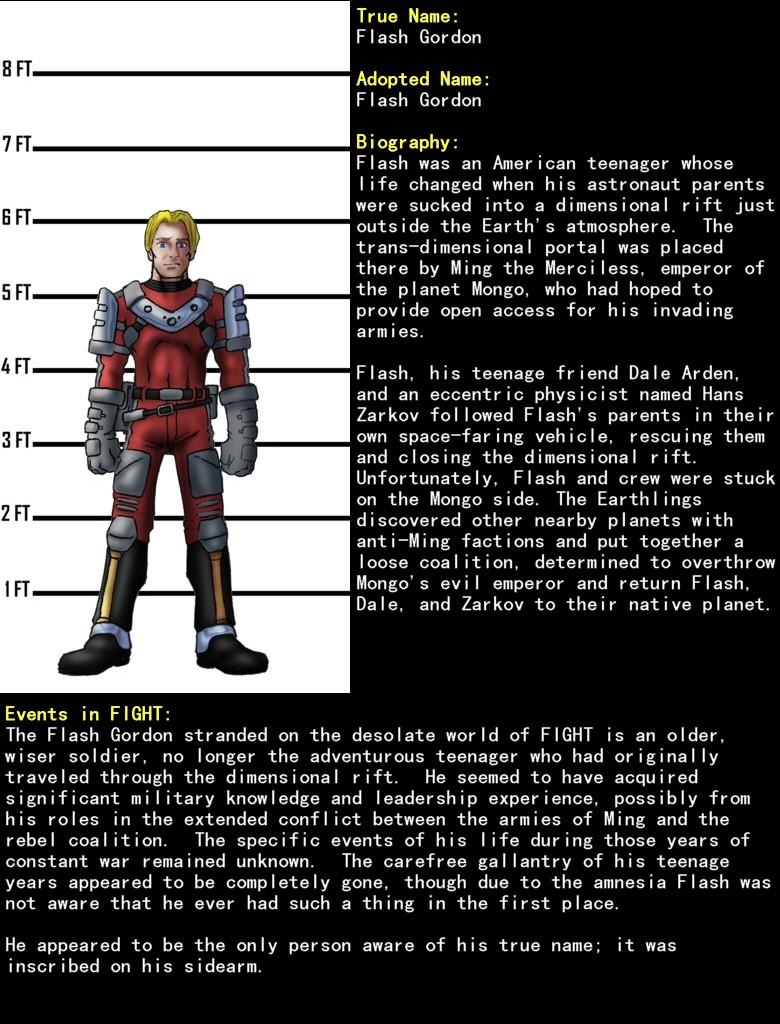 This “comic” will detail the characters in the comics FIGHT and FIGHT_2.

Flash was originally chosen because we needed an all-American-hero character who'd fit in with the mixed sci-fi/fantasy theme. I also wanted someone whose name was instantly recognizable, but who was no longer in the mainstream consciousness. The reason we chose the worst incarnation of Flash was (1)because it was the worst incarnation, and (2)because his costume was actually pretty nice. I wanted a retro identity, not retro character design.

Thanks for the character information.

Make no mistake, Flash is an important main character. He'll do a lot before the tale is done.

This guy intrigues me for the simple fact that he hasn't really done anything yet character wise. I want to see what this guy has besides just training reflexes.

so you worked on my sugestion. nice!