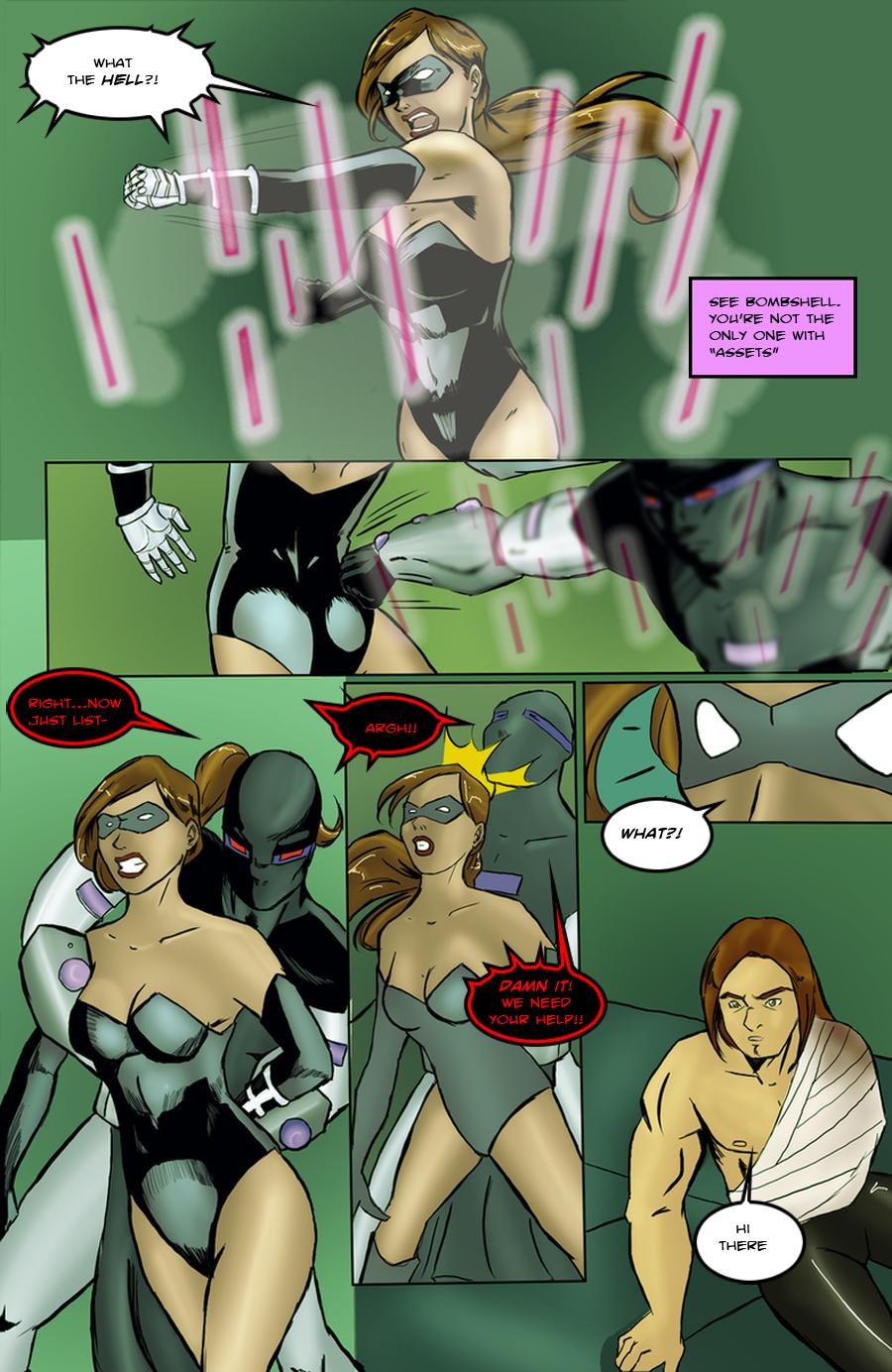 This is the first page from Meechi who is taking on the artwork for Fearless and he is starting with a bang with this great first page.

Thanks for reading and commenting.

So, when will this update again?

You know, with the amount of comics you make you should set up a wiki or something with list and timeline ... or did you already?

The power effect is cool, but unfortunately, it's not real clear what it's actually DEPICTING. I KNEW he could teleport and I still thought that was a new power of some sort... Aside: How come Bombshell knows about "The Fearless Killer" but doesn't know he can teleport. Is intel on him sketchy?

this will definately continue but has been put on hold until the new year.

Interesting story. I wonder though, will this continue? It's been a while since the last update.

Oh wow, what an awesome first page. So dynamic - and obviously, I love the way Meechi draws Bombshell ^_^

@Ozmandious Those red lines with the fade effect is my way of depicting when Fearless teleports. A little different from the way it's been in the past, and more of an experiment for me to get into the groove of drawing Fearless.

what were the red lines?

@Meechi: Argh! I know what that is! My fault...I will replace the image.

Thanks for all the positive comments, folks. I'm really happy to be working on this. I honestly have my own mixed feelings about the page at the moment, seeing the drastic color shift from the version I have to what is uploaded. All in all, it worked out, but I'll work on that for future pages. Stay tuned for next week!

oops (with a rating this time!)

Yay, more Fearless! Meechi did a good job. And I like how Bombshell could conceivably beat Fearless. But if he had been fighting for real, I'm not sure if she would have left there alive, since she hadn't known he could teleport.

Maybe now Bombshell will listen to what he's got to say. Meechi has outdone himself with this :)