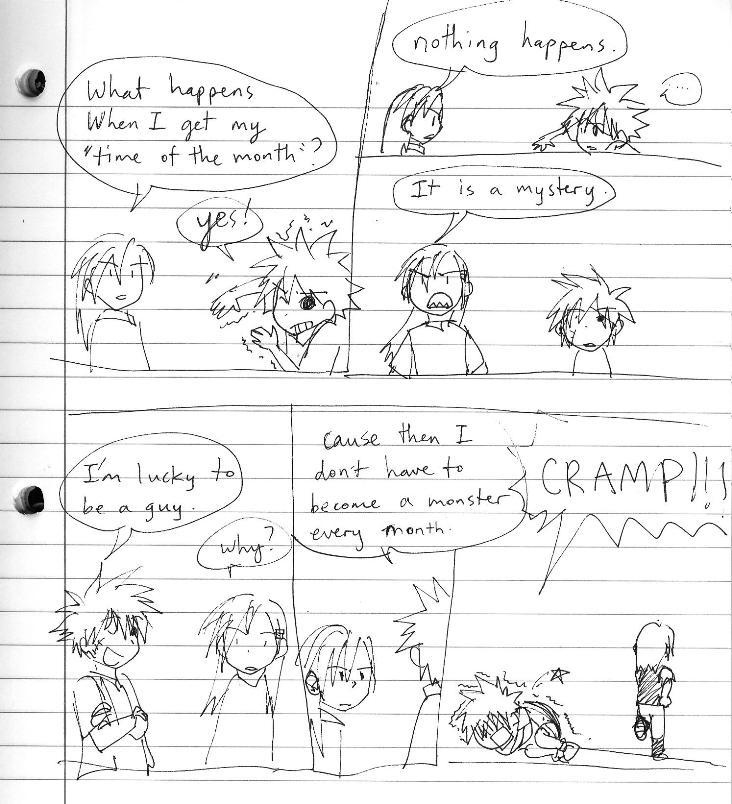 if you didn't catch the announcement, i will tell you now that i won't be drawing the flaming codfish comic anymore. it was fun, but i don't have any interest in it anymore. maybe i'll pick it up again one day, but for now, i'm done with it. however the characters will still appear in short comics like what you've read above, so… it's not REALLY the end. the story's just stopped.

thanks to everyone who read it and liked it!!!

I hope you'll continue it some day...