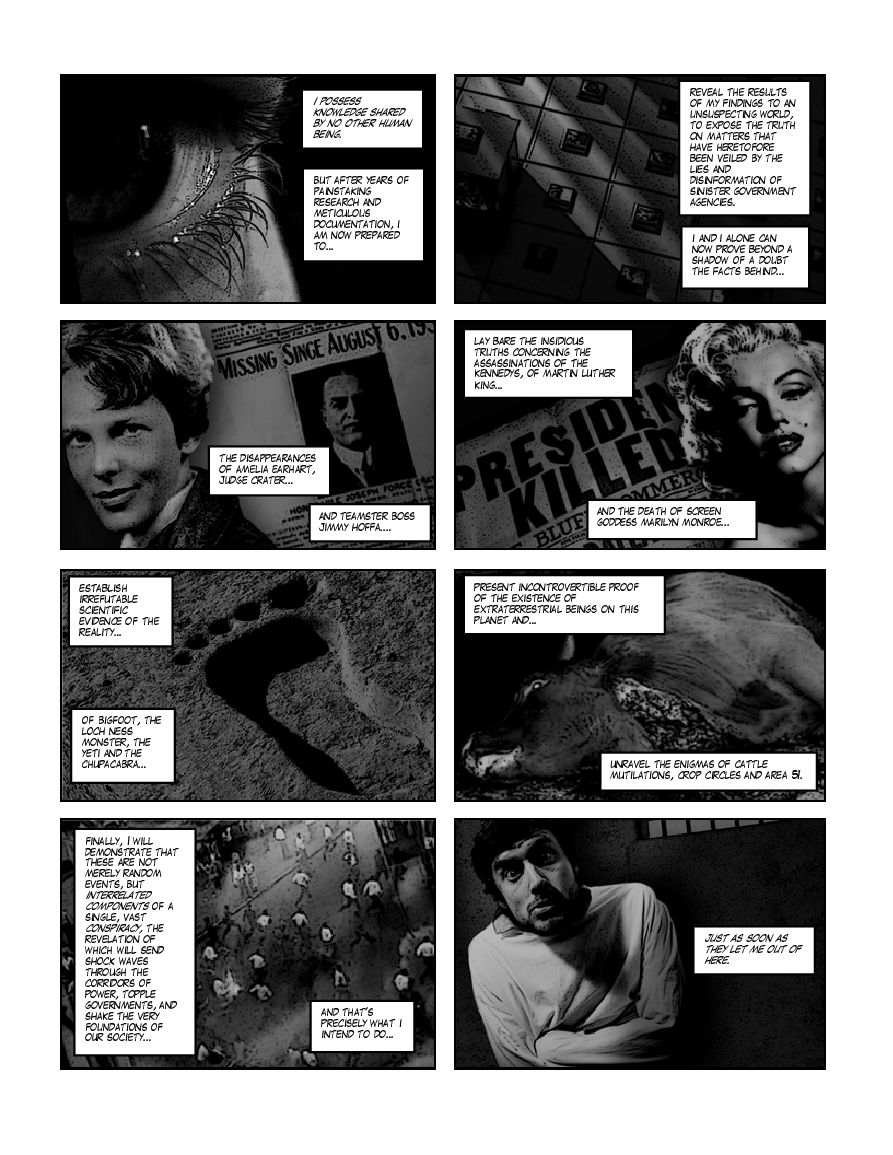 A little knowledge is a dangerous thing.

Love it, Just read everything from the start and now you have confirmed a long held suspicion; H.P.Lovecraft would have done great stand-up!

I "LOL"'d. That doesn't happen much so well done.

Yog this is by far one of the best comics here. well done man, creepy and dark yet scearly tureful

This is the best written comic on Drunk Duck. Although it's less of a comic and more of a cautionary tale.

His cell looks so comfy, gotta get me one of those.

The fools... They lock us up and try to call our mental superiority "insanity." Soon we will get our revenge. Yes, precious, our revenge! *eye twitches*

i cant believe i missed your update.great page again

You mean that those thing need proof? They are self-evident!

wow. awesome. Please keep it up...took me a while to realise it wasn't all one story but lots of little ones.

Marilyn Monroe? Heck, I know what happened to Marilyn Monroe! Its so obvious! The blue-footed boobies attacked!

Crazy is as crazy does !

Somehow, I don't think their gonna let him out any time soon.

Oh you're back, Yog? Not that we didn't miss you. it's...it's...well, I was just starting to sleep peacefully again.

They are actually very comfortable

im just worrried that guy is me somewhere far off, great stuff as usual

I used to live next door to this guy. Awesome page, as usual. You set the bar very high for yourself but always seem to top it. And this is the most unique webcomic out there, I think. I'm a big fan.

the most accurate tarot card reading I ever had was from someone who wasent playing with a full deck.

Where do you get these pictures? Do you take them yourself or find them on Google or another search engine? Or both?