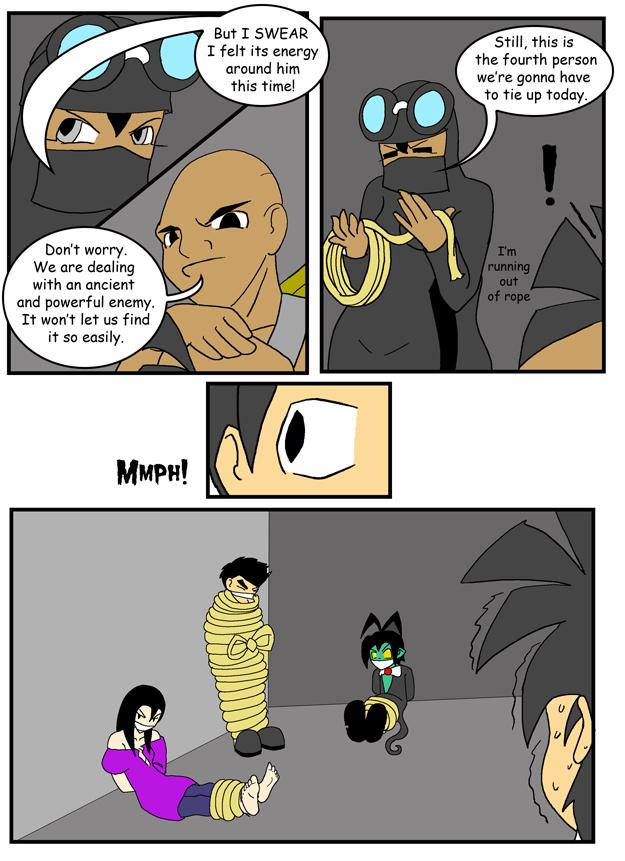 In case you missed it, the Friday update was put up late yesterday due to my internetz breaking down. It's up, and you should go see it!

As for this scene, what better time for cameos than by kidnapping characters?!

The green one is Nando from Amelius's Unlife is Unfair

The girl in purple is Sareana from Scarecrow Lullaby

the *ahem* “significantly bound” one is Rayne from the naughty webcomic Least I could Do..

The first two had the smell of magic while Rayne probably just made a pass at the female hunter. I even had the audacity to tell the artists of those comics that I was kidnapping their characters!!

yae for people from other comics!!

yay! i THOGUHT i recognized Nando...

Hahaha! He looks unhappy ^_^ (all's fair since I plan to kidnap someone from here soon, hehheh!) I'm gonna get around to not just lurking and eventually commenting on every page here, I swear it! (I'm enjoying this comic so far, a LOT!) I shall return!

this is gonna take them a while, isn't it.