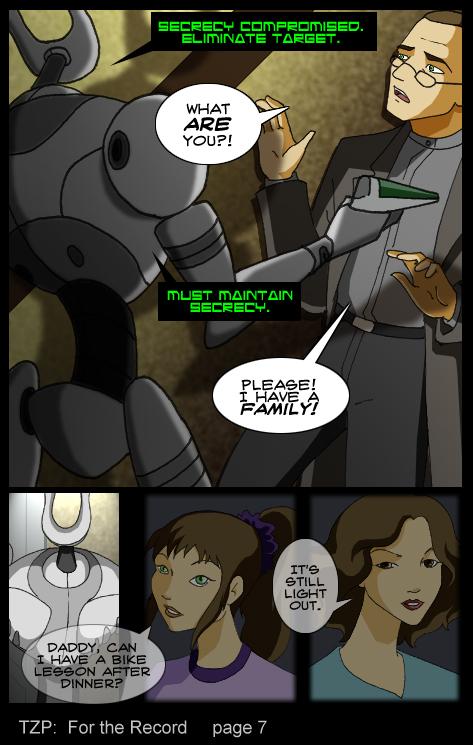 Notes: Very happy with how Zeta turned out in the first panel, despite the fact that by this point, I was already getting really tired of drawing the horseshoe head, as well as actually coloring Zeta. All that grey… Can't wait to get to the part where he starts using the Zee hologram. :D

Notes on Canon: The conversation between Zeta-as-Dolan, Becca, and Adrian was not part of Zeta's flashback in this part of the episode, although it did happen earlier. I decided to include it as part of the flashback in order to make the bike-riding scene on the next page make more sense.

This page contains quotes from the episode “Lost and Found,” written by Randy Rogel. Episode quotes will stop after the next two pages, but may be used again later in the comic.

Wow, sad! Great flashbackyness. You rock for making this, you know.